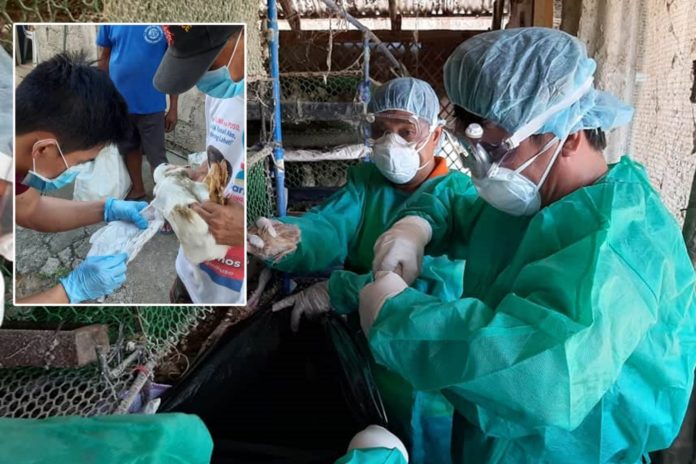 The Department of Agriculture (DA), in tandem with the provincial and municipal government officials and veterinarians, has successfully managed, controlled, and contained the Avian Influenza (AI) A(H5N6) incidence that occurred in Jaen, Nueva Ecija four months ago.

In its official report to the OIE or World Organization for Animal Health on Jul. 16, the DA-Bureau of Animal Industry (BAI) said it has not detected any cases of AI A(H5N6) among poultry farms in the vicinity of the index or affected farm in Jaen in the last 90 days after completion of cleaning and disinfection procedures of the affected farm.

Upon confirmation of the AI incidence on Mar. 13, the DA—in tandem with the farm owner, local officials, and veterinarians—immediately “stamped out” the affected farm, properly disposed off all birds, and undertook thorough cleaning and disinfection procedures, said DA-BAI Director Ronnie Domingo.

A series of surveillance activities were also undertaken to determine the extent of infection and capture of unreported cases, added Domingo.

On Mar. 13, laboratory tests showed the infected quails were positive for AI A(H5N6).

The PVO, along with the Jaen Municipal Agriculture Office (MAO), DA-RFO 3, and DA-BAI Veterinary Quarantine Service veterinarians and technical persons, conducted immediate disease control measures and depopulation to mitigate the spread of the disease on Mar. 14. Subsequently, cleaning and disinfection were implemented, said Domingo.

Surveillance around the 1-km and 7-km radius was carried out and quarantine checkpoints were established to restrict movement and trade of all poultry animals to ensure that the disease has not progressed, he added.