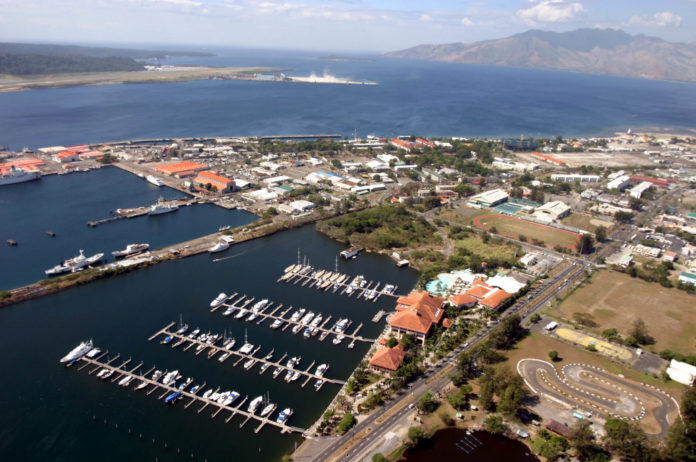 The Subic Bay Metropolitan Authority (SBMA) said it will cancel the special work permit given to a Chinese national who was recently confined in a hospital here for COVID-19 infection.

SBMA Chairman and Administrator Wilma T. Eisma said she has ordered the agency’s Visa Processing Office to cancel the Special Subic-Clark Work Visa (SSCWV) given to the Chinese patient because the holder has already resigned from work effective May 31.

“We’re taking this action because once a foreign national is no longer connected with a Subic-registered company, the employer must request for a downgrading of the employee’s special work visa,” Eisma explained.

“But in this case, his former employer was not able to notify the SBMA because of the quarantine, so we have to set the record straight now,” Eisma added.

Eisma revealed that the said Chinese national was the same 29-year old male Chinese that the SBMA had announced on Aug. 7 as the latest COVID-19 case among guests and transient workers in the Subic Bay Freeport.

The announcement stirred some concern in the Subic community because the entry of tourists into the Freeport has been prohibited under COVID-19 quarantine rules.

Eisma said, however, that the Chinese patient was classified as a tourist or visitor by contact-tracers after learning that he had checked into a local hotel last Jun. 6.

“The contact-tracers learned he was not a resident or an employed worker in the Freeport, so he was classified as a tourist. In fact, he voluntarily had his swab samples taken on Aug. 5 because he needed it in looking for a job,” Eisma added.

The SBMA official said that further investigation into the case of the Chinese patient revealed that he first arrived in the Philippines in November 2018 to work as a customer service representative for TeleEmpire, a POGO service company in this Freeport.

Records from the Bureau of Immigration, meanwhile, showed that he briefly left the country on Oct. 12 last year for a trip to China and came back three days later. The patient said he visited his family at his hometown in Guangzhou, a city northwest of Hong Kong.

The Chinese national had declared that aside for the 2019 trip to China, he had not left the Subic Bay Freeport because he “had no friends outside of the zone.”

He said he had resigned from the company effective May 31 because he had intended to return to China. But after looking into the availability and cost of air travel back to China, he said he had decided to stay in Subic and find another job here until the pandemic is over.

On Jun. 6, he left the TeleEmpire guest house in the Freeport and checked into a local hotel together with a roommate, also a Chinese national.

SBMA records indicate that the Chinese first secured a Special Subic Clark Work Visa (SSCWV) in February 2019 and had it renewed last March for another special work permit valid until Mar. 2, 2022.

However, Eisma said this must now be cancelled because the Chinese national is no longer in the employ of any Subic-registered company.

Eisma said the SBMA will apply the same measure against the patient’s roommate, who had similarly resigned from TeleEmpire and was also looking for work.

The patient’s roommate, who also took the RT-PCR test in preparation for a new job, has tested negative of the COVID-19 virus.