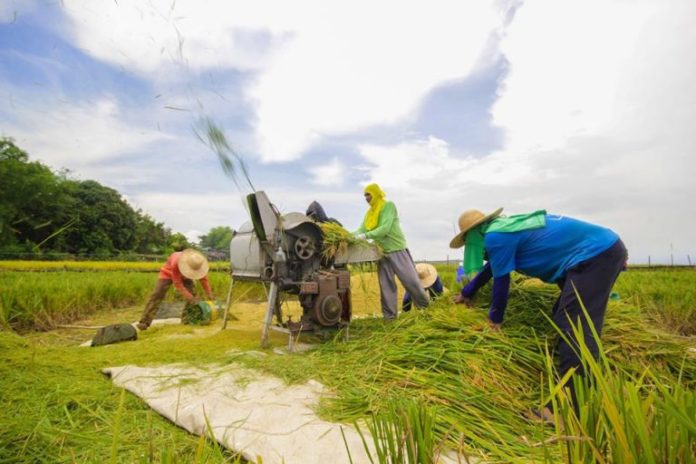 Agriculture Secretary William D. Dar is banking on the momentum gained by the agriculture sector in the second quarter (Q2) of this year to buoy the Philippine economy, after plunging into a recession for the first time in three decades.

For Q2 2020, the agriculture sector managed to grow by 1.6 percent, while other economic sectors declined, data from the National Economic Development Authority (NEDA) showed.

“We are indeed pleased that the country’s agri-fishery sector performed well, despite the halt in major economic activities resulting from the enhanced community quarantine (ECQ) in Metro Manila, Luzon, and other parts of the country,” Secretary Dar said.

This is on top of the challenges that the sector faced in the past year, ranging from the drop in palay prices and low farmgate prices of copra, and the outbreak of African swine fever (ASF) in the second half of 2019.

“This is a testament to the resiliency and dedication of our farmers and fishers to contribute to the economic recovery effort, amid the challenges and health risks that we are facing in the agriculture sector,” he said.

As the economy’s traditional growth drivers decline, Secretary Dar said that it is time for the agri-fishery sector to take the lead in order to kickstart increased consumer spending, and attract more needed investments in modernizing and industrializing the Philippine countryside.

“No less than President Rodrigo Duterte acknowledged that agriculture, alongside the construction industry, will be the most strategic sector for economic recovery during this time of the pandemic,” Dar said.

In line with the President’s statement, the DA chief reiterated his appeal for both houses of Congress to approve the P66-billion stimulus package for the agri-fishery sector, which is currently deliberated upon as part of the ‘Bayanihan to Recover as One Act’ or Bayanihan Part 2.

“We need to secure the necessary budget for the ‘Plant, Plant, Plant’ (PPP) program to enable us to achieve tangible results in our fight against the pandemic,” said Secretary Dar, adding that the stimulus package should be on top of the proposed budget of the DA in 2021.

“We definitely need a substantial budget next year to further elevate the country’s adequacy levels of major food commodities, and thus, we seek the strong support of Congress,” he said.

Besides the revival of economic activity, the DA chief stressed that ensuring food security of more than 109 million Filipinos should be the utmost concern of the Duterte government in the aftermath of the health crisis, citing the growing global anxiety about a potential shortage of crops due to flooding in China and droughts in major grain production areas.

“The flooding of the Yangtze will have enormous effects on China’s food production, which could lead to massive importation to replace its flooded and damaged stocks. This will have a huge impact on global food supply and prices, thus, the need for the Philippines to produce its own food requirement during this pandemic,” Dar said. —DA StratComms