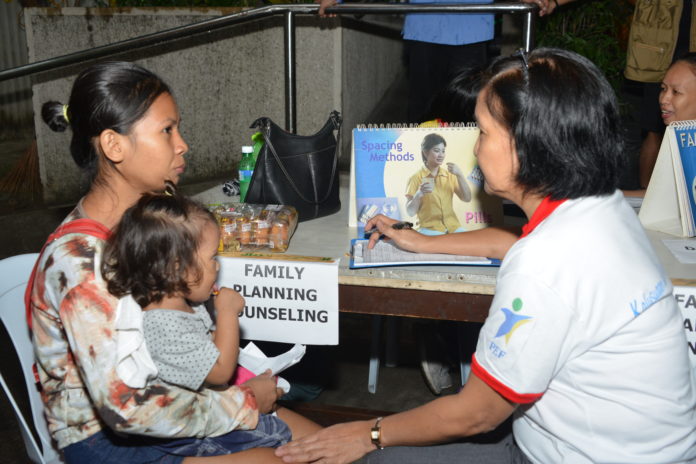 The Commission on Population and Development (POPCOM) strongly believes that correct information and right choices among Filipino couples and individuals will be vital in countering unplanned pregnancies.

These will be necessary to prevent unintended births in the coming months and a projected population boom in the country, especially during this period that the pandemic still plagues the nation and the global community, even as they observed the annual World Contraception Day last Sept. 26.

Undersecretary Juan Antonio Perez III, MD, MPH revealed that with the current scenario of the pandemic, the limited access for couples and individuals to family planning services and commodities may result in 214,000 more births on top of the initially-estimated 1.7 million deliveries by end of the year.

While three out of 10 pregnancies are unplanned, the National Demographic Health Survey (NDHS) of 2017 estimated that the trend will cause the Philippine population to swell by an additional two million-plus Filipinos in 2021.

“There are obstacles in health and medical service delivery brought about by COVID-19—including the provision of essential family planning information and supplies. This is the reality we are now facing as a nation,” POPCOM’s executive director explained.

He added: “That is why considering and availing of contraception will be vital during these days. It will help keep our population numbers in check, particularly at this time of the pandemic, where we anticipate limited resources at the household and macro levels.”

The implementation of the Responsible Parenthood and Reproductive Health Law has boosted the overall family planning program in the country by 100% in terms of women and couples who have joined the program: from 4 million in 2012, to almost 8 million in 2019, Perez said.

“However, the Supreme Court’s decision on the RPRH Law limiting the access of adolescents to family planning in 2014 has adversely affected adolescent birth rates, particularly among 10- to 14-year-old minors. This has made universal access to family planning difficult to accomplish,” he further said.

Perez also said that one out of 10 women aged 15 to 19 have already started their “sexual debut” and already given birth, as he quoted the NDHS of 2017.

“Curiously, Covid-19 has not only taken lives; it is also producing new lives—albeit mistimed,” the POPCOM chief opined. “There are hindrances being caused by the virus in getting across critical items that couples and individuals need at this time, and these might very well include family planning methods and contraceptives.”

He also stated: “Because of the pandemic, a new live birth may have unintended socioeconomic impact on a family affected by unemployment and its meager income.”

In terms of development, Perez explained that unintended pregnancies borne from the series of lockdowns and quarantines may obstruct women of reproductive age to reach their full potential and to contribute for their families.

“While educating Filipinos on family planning, we highlight the different contraceptive options available that would suit their needs,” Perez stated. “These include the contraceptive pill, which has been around for some time to support women’s health.”

The year 2020 marks the 60th year of the invention of the contraceptive pill, which enabled women all over the world to prevent pregnancies by taking hormonal preparation. Considered a revolutionary method of family planning, the United Nations estimates that currently, 151 million women around the globe between 15- and 49-years old resort to the pill as their chosen modern contraceptive method.

In the Philippines, about one out of five Filipinas take pills as their preferred modern family planning method, according to the last NDHS. Data from the Pharmaceutical Management Information System between 2018 and 2019 revealed an increase in the consumption of the both COC or the combined oral contraceptive (85%) and POP or the progestogen-only pill (42%).

“We highly encourage couples and individuals to consider the various methods of contraception that are suited to one’s needs and preferences,” the head of POPCOM said. “It could be the best decision they can make for themselves and for their families, especially during the pandemic, as family planning can protect them from the long-term adverse impacts of this health crisis.”

Perez shared that Filipinos can reach out through Facebook via @OfficialPOPCOM and @UsapTayoSaFP to inquire about contraceptives and learn more about them. He will also lead discussions as well as dispel myths and misconceptions surrounding contraceptives, including the pill, for the Sept. 26 online episode of “Usap Tayo sa FP with Doc Jeepy,” streamed live in the said FB accounts.