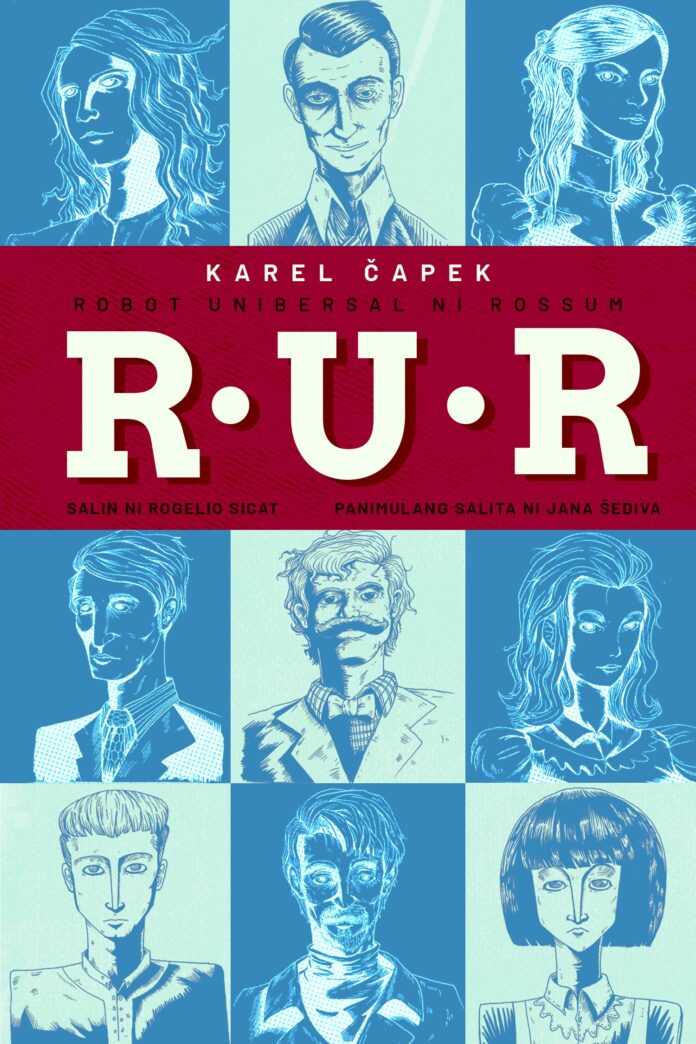 In an era defined by fast-moving digital transformations and technological innovations, little did everyone know that hundred years ago, a Czech playwright named Karel Čapek had a prophetic vision of a sub-human life capable of performing the work of the world “ROBOT.”

To commemorate this centennial anniversary, the Czech Embassy in Manila in cooperation with Ateneo de Naga University Press is issuing the translation of “R.U.R.” drama by Karel Čapek in Filipino, where the world “Robot” was used for the first time.

The word “Robot” was first used in Čapek’s play Rossumovi Universal ni Roboti (Rossum’s Universal Robots),popularly known for its acronym R.U.R. It was staged for the first time at the Czech National Theatre on Jan. 25, 1921 and has since been translated and performed in more than 30 countries.

While Čapek was credited to be the first person to have used the term, it was his brother Josef, a cubist painter, who had come up with the term which came from the Slavic word ‘Robota’ that means “serfdom” or “forced labor” and perfectly encompasses the play.

Karel Čapek who was an emerging literary star in Czechoslovakia at the time of writing of the play used the term “Robot” to describe the “artificial workers” and “living and intelligent working machines.”

This three-act drama skillfully portrayed the potential vicious influence of technology in the society where modernity is controlled not by ideas and values, but self-confident and ruthless intellect and greed.

As the word “Robot,” birthed through the creative process of delivering a satirical take on the influence of technology in modern society, celebrates its centennial anniversary, the essence of the play is proven to be more relevant today at the age of the Fourth Industrial Revolution.

To mark this centennial celebration, the Embassy of the Czech Republic in Manila in partnership with Ateneo de Naga University Press published the Filipino translation of R.U.R., translated by the late Filipino novelist, playwright, and short story writer, Rogelio Sicat.

The book will belaunched virtually on May 1, 2021 via Facebook Live of the Ateneo de Naga University Press. The book designed by Ryan Cuatrona also contains illustrations by John Sherwin Acampado.

“It is our aim and passion at the Czech Embassy in Manila to promote the usage of mother tongue in the Philippines and to introduce masterpieces of Czech language in local languages. R.U.R. by Karel Čapek is a real jewelry of Czech classical literature and I am pleased that Filipino readers can now read this extraordinary book in Filipino. I am also grateful to our continuous friendship with Ateneo de Naga University Press who had been a strong partner of the Embassy in promoting cultural exchange,” said Czech Ambassador Jana Šedivá.

“The new RUR project undertaken by the Embassy of Czech Republic and the Ateneo de Naga University Press is living proof of our mutual trust between these two institutions whose love for arts and literature remain our driving force to continue with this cultural diplomacy now even made stronger with the leadership of Ambassador Jana Sediva. This translation of Karel Capek by one of the country’s topmost Filipino writer, Rogelio Sicat is a welcome addition to the growing titles we have that is borne out of this friendship,” said Kristian Cordero, Deputy Director of Ateneo de Naga University Press.

Literature played an important role in the cultural relations of the Czech Republic and the Republic the Philippines where there had been a rich growth of exchange, translation, and publication of both Czech and Filipino literatures over the past years. Among the previously published books with Ateneo de Naga University Press are Patid: Mga Kontemporaneong Kwento ng mga Czech at Slovak na Manunulat, and Malikmata: Mga Kuwentong Kababalaghan Mula Czech Republic. Limited copies of the books are sold at Savage Mind Bookshop in Naga City, Camarines Sur.