Forging ahead In Ph-Netherlands relations @70 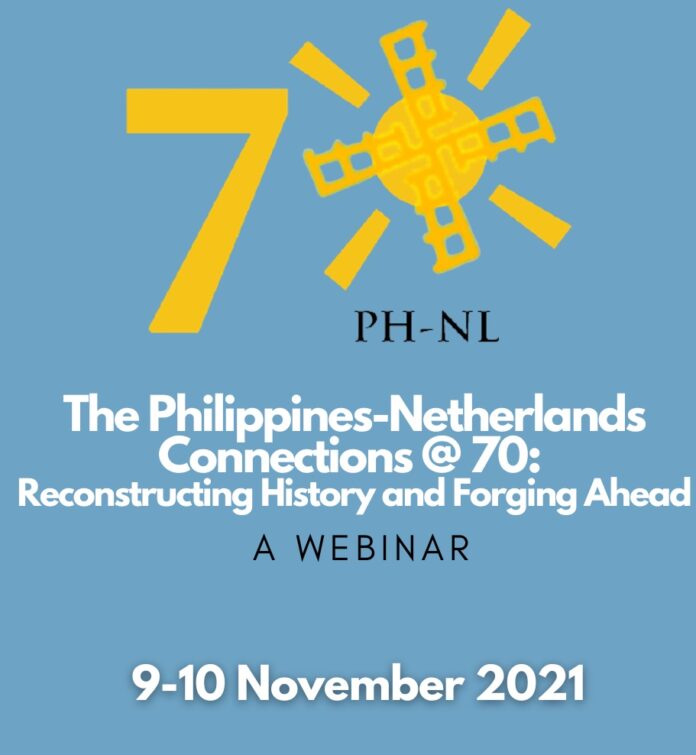 In a world where relationships are increasingly seen as cursory and fleeting, there is something to be celebrated when a partnership reaches 70 years.

This year, 2021, the Philippines and the Netherlands commemorate 70 years of diplomatic relations. Of course, actual people-to-people interactions began more than 400 years ago, when Olivier van Noort of Rotterdam led Dutch ships to the Philippine islands in search of spices and colonial conquest. Yet, like all relationships that reach the platinum milestone, it is a fine time to undertake an assessment of this relationship.

Diplomatic relations require constant tending and unceasing determination by the partner countries for it to remain productive. This is particularly true at this time of intense competition for resources and of complex geopolitical, economic and environmental challenges.

Last November 2020, the Netherlands published its Indo-Pacific Guidelines for strengthening Dutch and EU cooperation with partners in Asia.

This pivot towards Asia highlighted a reinvigorated cooperation with the ASEAN, and identified priority areas of practical cooperation.

Both the Dutch and EU policy papers vis-à-vis the Indo-Pacific—the latter published in September this year—emphasized the importance of ensuring the growth and development, security, rules-based international order, and stability of the region.

This is borne of the realization that the Indo-Pacific region has become the world’s strategic and economic center of gravity, as European Commission Vice President Joseph Borrel noted.

The Philippines has a big role in this region-to-region interface as coincidentally it recently assumed the role of country coordinator of the ASEAN-EU relations up to 2025.

It is in the interest of the Philippines and the Netherlands and EU to maintain open economies and societies that allow for relatively free movement of goods, services and peoples.

Notwithstanding the 10,581 km distance between the two countries, the Netherlands has historically been one of the top economic partners of the Philippines.

The Netherlands has been among the five top investor countries in the Philippines, and at USD 245 million in 2020, was the number one among the 28 EU member states.

In 2019, Netherlands was the country’s 9th export market, with exports valued at US$1.9 billion and growing.

As countries with significant maritime interests, cooperation in the area of maritime sphere is robust, with some 22,000 Filipino seafarers onboard Dutch-flagged vessels that ply the waters of the world.

Some 41,313 Dutch tourists visited pre-pandemic and enjoyed our pristine beaches and shopping centers, and we would like to see them back once leisure travels normalize.

Dutch products and businesses abound in the Philippines. Most Filipinos have long been familiar with Dutch products without much thought about their origin, such as buying Dove, Surf and other Unilever items or filling up for gasoline at Royal Dutch Shell stations.

Even at this time of pandemic when economic activities have slowed down, dredger vessels from the Royal Boskalis Westminster NV, one of the world’s leading dredging companies, are busy in the Manila Bay undertaking land reclamation and development for the new international airport being developed by the San Miguel Aerocity Inc., in Bulacan.

As the second international gateway to Metro Manila, it will unlock further opportunities and boost growth north of the capital region.

The coronavirus pandemic underscored the vulnerability of states to trans-border challenges, as well as the reality that effective solutions are increasingly multilateral in nature and best approached through shared undertakings and commitments.

It has also shown that effective bilateral and multilateral cooperation is one that adopts a perspective that benefits everyone.

In 2020, after 69 years, the Philippines and the Netherlands conducted its first bilateral consultations, which was followed by the second meeting in June 2021.

The consultations affirmed the commitment by both sides to work towards strengthening cooperation in the political, economic and socio-cultural areas, and produced a joint work program with emphasis on trade and investments, water management, maritime matters, agriculture, and science and technology.

It is with this outlook that the Philippine Embassy in The Hague, in partnership with the Ateneo de Manila University, the Netherlands Embassy in Manila and the Foreign Service Institute, is hosting the webinar “Philippines-Netherlands Connections @70: Reconstructing History and Forging Ahead” on November 9-10 (https://sites.google.com/dfa.gov.ph/fildutchsolidarity70/).

It will feature senior government officials, business leaders, historians and other distinguished personalities with the aim of assessing the relations and contributing to a roadmap to strengthen and scale up cooperation.

There is momentum for enhanced, mutually beneficial partnership, and we should sustain it.