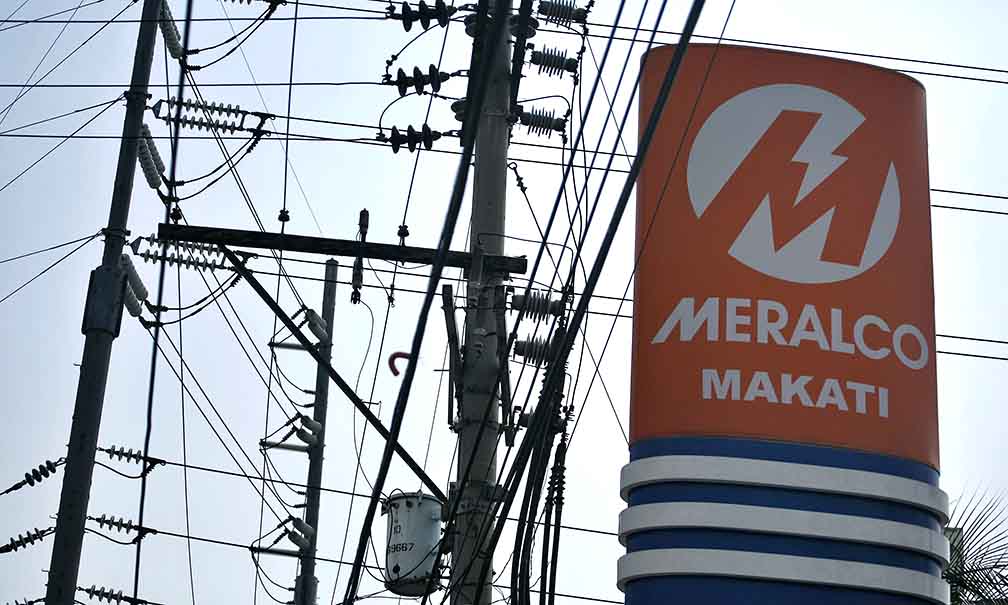 The Manila Electric Company (Meralco) announced today that overall rate for a typical household went up by P0.3143 per kWh to P9.7773 per kWh, from last month’s P9.4630 per kWh on the back of higher generation charges. This is equivalent to an increase of around P63 in the total bill of a residential customer consuming 200 kWh.

Generation charge for December increased by P0.1997 per kWh to P5.5343 per kWh from P5.3346 per kWh. This month’s charge already includes first of the four monthly installments covering the deferred costs from the November bill.

To cushion the impact of the previous month’s Malampaya facility maintenance shutdown, it can be recalled that the Energy Regulatory Commission (ERC) directed Meralco to defer the collection of portions of their suppliers’ generation costs and to bill these on a staggered basis beginning this December until March 2022.

Meralco Head of Regulatory Management Office Atty. Jose Ronald V. Valles said if not for the timely intervention of the ERC and the cooperation of power suppliers in deferring part of their charges, upward power adjustments would have been much higher especially last month.

“We thank the ERC and our suppliers for easing the burden to consumers,” Valles said.

Charges from Power Supply Agreements (PSAs), meanwhile, increased by P0.2142 per kWh, brought about by higher international coal prices and lower dispatch of some PSAs.

On the other hand, charges from Independent Power Producers (IPPs) decreased by P0.1541 per kWh, with the resumption of gas supply from Malampaya and improved dispatch of Sta. Rita and San Lorenzo plants. However, even with said resumption, the First Gas plants still used alternative fuel due to continuing supply restriction.

Charges from the Wholesale Electricity Spot Market (WESM) were down by P0.0649 per kWh as a result of improved Luzon power supply situation amid fewer plant outages coupled with the reduction in demand.

TRANSMISSION AND OTHER CHARGES

Transmission charges for residential customers increased by P0.0460 per kWh due to higher Ancillary Service charges. Taxes, system loss and other charges, also registered a net increase of P0.0686 per kWh.

This month’s residential rate includes a -P0.0053 rate for the Power Act Reduction (PAR) provision of Meralco’s current PSA with Power Sector Assets and Liabilities Management (PSALM), as provided for by the Republic Act 9136 covering supply from the National Power Corporation (NPC).

The collection of the Universal Charge-Environmental Charge amounting to P0.0025 per kWh also remains suspended as directed by the ERC.

To reiterate, Meralco does not earn from pass-through charges from generation and transmission, as payments go to the power suppliers and the system operator, respectively, while taxes, universal charges, and Feed-in Tariff Allowance (FIT-All) are remitted to the government.

Distribution, supply, and metering charges which are the only costs that go to Meralco have remained unchanged for 77 months, after registering a reduction back in July 2015.

Meralco’s continued implementation of the Distribution Rate True-Up refund which began in March 2021 continued to temper the overall increase. The refund rate for residential customers is at P0.2761 per kWh and appears in customer bills as a line item called “Dist True-Up.

It can be recalled that the ERC provisionally approved Meralco’s proposal to refund around P13.9 billion over a period of 24 months or until the amount is fully refunded. This amount represented the difference between the Actual Weighted Average Tariff and the ERC-approved Interim Average Rate for distribution-related charges for the period July 2015 to November 2020.