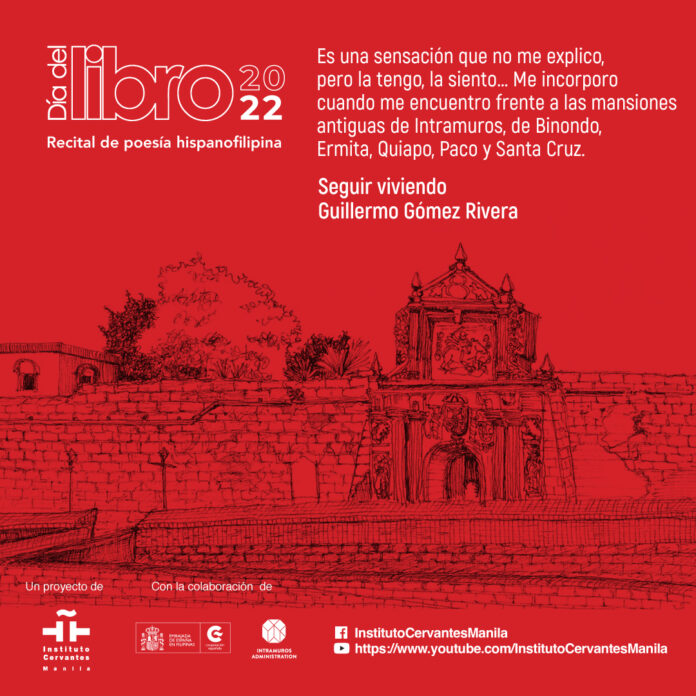 Instituto Cervantes on a mission to recover Philippine literature in Spanish

In the “First Online Recital of Hispano-Filipino Poetry,” Instituto Cervantes de Manila brought together more than a hundred poetry lovers who recited verses written in Spanish by Filipino poets. All the recorded recitations were compiled in a video that will be published on the Youtube channel (https://www.youtube.com/InstitutoCervantesManila) and Facebook page (www.facebook.com/InstitutoCervantesManila) of the Instituto Cervantes on May 11 at 7 p.m.

The recordings were part of its Día del Libro celebrations, a Spanish tradition where books and roses are exchanged and which Instituto Cervantes brought to Manila in 2006 where it has been regularly celebrated since.

The selection of poems recited included “Canto de María Clara” by Jose Rizal,  “Señorita provinciana” by Jesus Balmori, “Boceto” by Evangelina Guerrero, as well as contemporary poems “Seguir viviendo” by Guillermo Gomez Rivera and “Saudade” by Daisy Lopez, both of whom inaugurated the recitation of their respective poems.

According to Director Javier Galván, Director of Instituto Cervantes Manila, this campaign aspires to promote literary awareness of our poets, and celebrate our shared literary traditions. It also intends to initiate interest among young Filipinos to use the Spanish language as a literary creation tool.

As a preview, we show you here the video of the poem “El canto de María Clara”, by José Rizal: https://www.youtube.com/watch?v=l8F3vzanvJU