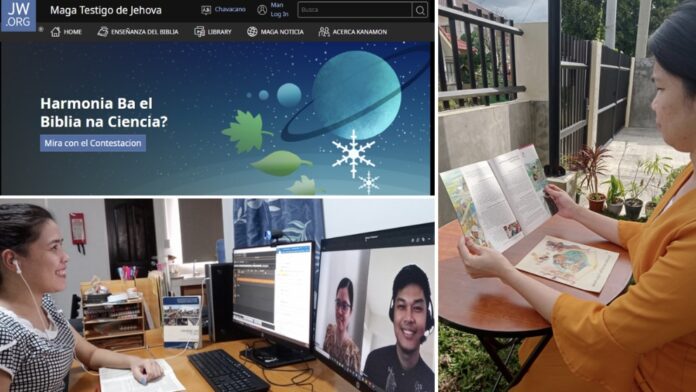 Jehovah’s Witnesses are translating publications from English to at least 23 local dialects. It is an effort which also contributes to preserving Philippine languages and culture.

Although the Witnesses primarily translate publications and other media formats for religious reasons, the translation initiative also preserves culture and history as there are few literary works in some local dialects.

Chavacano, for example, is the only Spanish-based creole in Asia. It is widely used in Zamboanga City. That moniker reflects on the still standing Spanish culture, traditions, practices, and architectures in the area, some of which date from the 1600s.

According to historical references, the dialect came about when Spanish authorities led a fortress construction in Zamboanga City in 1635. Filipinos from all over the Philippines were called to work on the construction. Filipinos devised a language that uses Spanish words but with a Filipino syntax and grammar to communicate with the Spaniards.

Four centuries have passed, Chavacano is still being used in several towns and cities in the country. The dialect is also spoken in neighboring areas such as Basilan and Sulu. There is also a Chavacano-speaking community in Cavite.

Today, the Philippine government’s Mother Tongue-Based Multilingual Education (MTB-MLE) aims to educate children and develop a strong foundation in the language of their birth.

The translation work by a pool of volunteers continues despite the pandemic.

“We first receive the source files in English and then we analyze the text to be conveyed into Chavacano in a way that is clear, simple, and easy to understand,” said Raymond Flores, supervisor of the Chavacano Translation Team of Jehovah’s Witnesses.

But just like any other languages, Chavacano also changes over time. Modern words are used, while older terminologies become obsolete.

“We reside in Zamboanga City, so we can hear and observe how native speakers communicate. Because of this, we can adjust our translation so it can be understood by all ages,” said Kathleen Bernardo, a native speaker and part of the Chavacano Translation Team.

The Witnesses make available the jw.org website which provides easy access to translated publications and media in 1,052 languages all downloadable for free. Among them, 23 are from the Philippines, which includes Chavacano, Tagalog, Cebuano, Iloko, Hiligaynon, Bicol, Waray-waray, Pangasinan, Ibanag, and Filipino Sign Language.

All translated materials in Chavacano can be accessed through https://www.jw.org/cbk.