2022 Ramon Magsaysay Awardees to be announced on Aug. 31 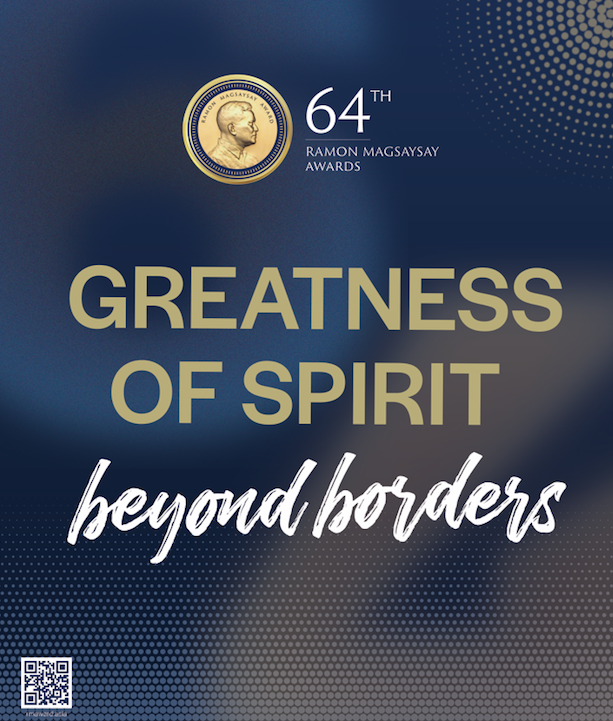 In a statement, Ramon Magsaysay Award Foundation (RMAF) Chairman Aurelio R. Montinola III said, “Since 1958, the Ramon Magsaysay Award has been conferred on great men and women working in Asia who have exemplified what we celebrate as ‘Greatness of Spirit’ — the same spirit that Pres. Ramon Magsaysay has embodied throughout his life.  This year, the Board of Trustees has selected four individuals from across the region whom we believe personify the best of Asia and the best of humanity.”

Celebrated as Asia’s premier prize and highest honor, the Ramon Magsaysay Award has been given to outstanding Asian leaders, some of whom are His Holiness the Dalai Lama, Akira Kurosawa, Muhammad Yunus, Ela Bhatt, and Sir Fazle Abed who have become global icons after receiving the Award.

“The Ramon Magsaysay Award remains one of Asia’s strongest heritage brands because we have always addressed some of the region’s most challenging problems through the Magsaysay laureates we select,” shared Montinola.

Over the past few years, the Foundation has been marrying tradition with modernity to ensure the brand’s relevance especially in an increasingly digital world.  In 2021, faced with travel restrictions and lockdowns, the Foundation staged a 100% virtual awarding ceremony that garnered the Ramon Magsaysay Award its largest global audience to date.

“The Foundation is very proud of our nature as an Asian organization and we have been continuously introducing innovations that strengthen our identity as such.  This year is no different and what we promise our audience is an awarding ceremony that will have a stronger regional and inclusive Asian tone,” Montinola continued.

The Foundation has also shared its main poster for the 64th Ramon Magsaysay Awards Festival Season.  The design, inspired by the limitlessness of the universe, is rendered in a simple and contemporary geometric look.