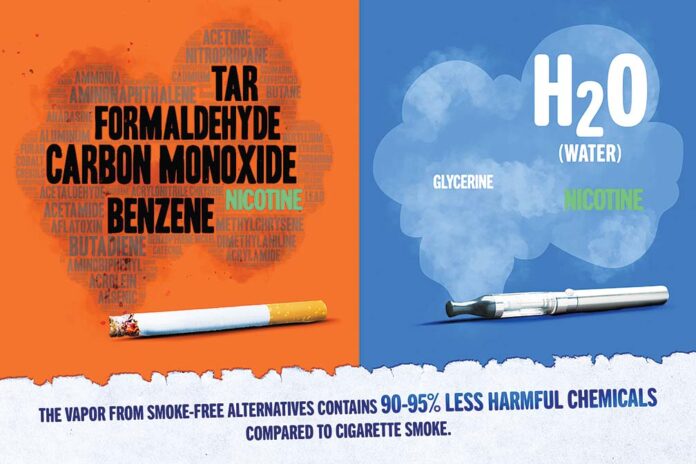 A growing number of international public health authorities and regulators, including those from the United Kingdom, the United States, Canada, Germany, the Netherlands, Ukraine, Japan, China and New Zealand, have decisively spoken out in favor of vaporized nicotine products

More than one billion adults, worldwide, smoke. In the Philippines, more than 16 million smoke, and it is likely that any one Filipino is related to or has someone in their immediate circle who smokes. While the staggering amount of research on smoking has rendered its health risks common knowledge, smokers still find it difficult to quit cold turkey.

But what if less harmful alternatives existed for smokers? And what if it was supported by extensive research that found these were a better and safer choice than continuing to smoke cigarettes?

A growing number of international public health authorities and regulators including those from the United Kingdom, the United States, Canada, Germany, the Netherlands, Ukraine, Japan, China and New Zealand have decisively spoken out in favor of vaporized nicotine products, agreeing that it is better to switch to regulated heated tobacco products (HTPs) and e-cigarettes or vapes than to continue smoking conventional cigarettes.

Research from the Washington-based US National Academies of Sciences, Engineering
and Medicine has stated that while e-cigarettes are not totally without risk, they are likely to be far less harmful than combustible cigarettes. “There is substantial evidence that… exposure to potentially toxic substances from e-cigarettes is significantly lower compared with combustible tobacco cigarettes.”

The potential benefits to adult smokers may outweigh the risks as the research goes on to say, “if e-cigarette use by adult smokers leads to long-term abstinence from combustible tobacco cigarettes, the benefit to public health would be considerable.”

Smoking involves a process of burning which produces smoke. By now it is well-known that cigarette smoke contains around 7,000 harmful and potentially harmful toxins and chemicals that cause smoking-related illnesses. By comparison, HTPs and e-cigarettes, while not totally without risk, have been found to produce significantly fewer of these disease-causing chemicals.

Several studies have said that consumers who choose to take up heated tobacco products are exposed to lower levels of toxin. These can be as much as “97-99% lower compared to conventional cigarettes” according to the German Bureau of Federal Risk Assessment.

The National institute of Cardiology of Ukraine has even said that switching to these products has an overall net positive effect on the body’s heart, liver and cardiovascular functions as it “prevents impairment of oxygen transport function of the blood, injury of the vascular endothelium and development of proatherogenic alterations in lipid metabolism and blood lipoproteins.”

“Completely replacing cigarette smoking with vaping will reduce your exposure to harmful chemicals. There are short-term general health improvements if you completely switch to vaping products,” said the Government of Canada in a statement on their stance on vaping.

No less than the Public Health England, one of the UK’s leading health authorities, has concluded that e-cigarettes are at least 95% less harmful than cigarettes.

Another UK-based stalwart of public health, the UK Royal College of Physicians, agree that though the long-term health risks of e-cigarettes cannot be quantified, data to date suggests that e-cigarettes are “unlikely to exceed 5% of those associated with smoked tobacco products, and may we be substantially lower than this figure.”

The US Food and Drug Administration (FDA) authorized in 2019 Philip Morris International’s (PMI) IQOS, its flagship HTP, citing that it is “appropriate to protect public health because…the products produce fewer or lower levels of some toxins than combustible cigarettes.”

In 2020, the FDA found the same product to “significantly reduce the body’s exposure to 15 specific harmful and potentially harmful chemicals.”

Indeed, there is growing evidence to suggest that e-cigarettes and HTPs are a boon on public health objectives of governments worldwide. If the strategy now is to reduce harm from conventional cigarettes, HTPs and e-cigarettes offer a way to concretize that while offering the best possible chance we have of saving millions of adult smokers’ lives.

The New Zealand Ministry of Health was unequivocal in stating that vaping can help people quit smoking. “There is no international evidence that vaping products are undermining the long-term decline in cigarette smoking among adults and youth, and may in fact be contributing to it,” the Ministry said.

This is further backed by the American Association of Public Health Physicians, a prominent health advocacy group, whose guiding policies on tobacco have acknowledged smoke-free products as carrying less risk of death than cigarettes.

“Smokers who have tried, but failed to quit using medical guidance and pharmaceutical products, and smokers unable or uninterested in quitting, should consider switching to a less hazardous smoke-free tobacco/nicotine product for as long as they feel the need.”

Nicotine, not a killer

Do not delay screening for breast cancer