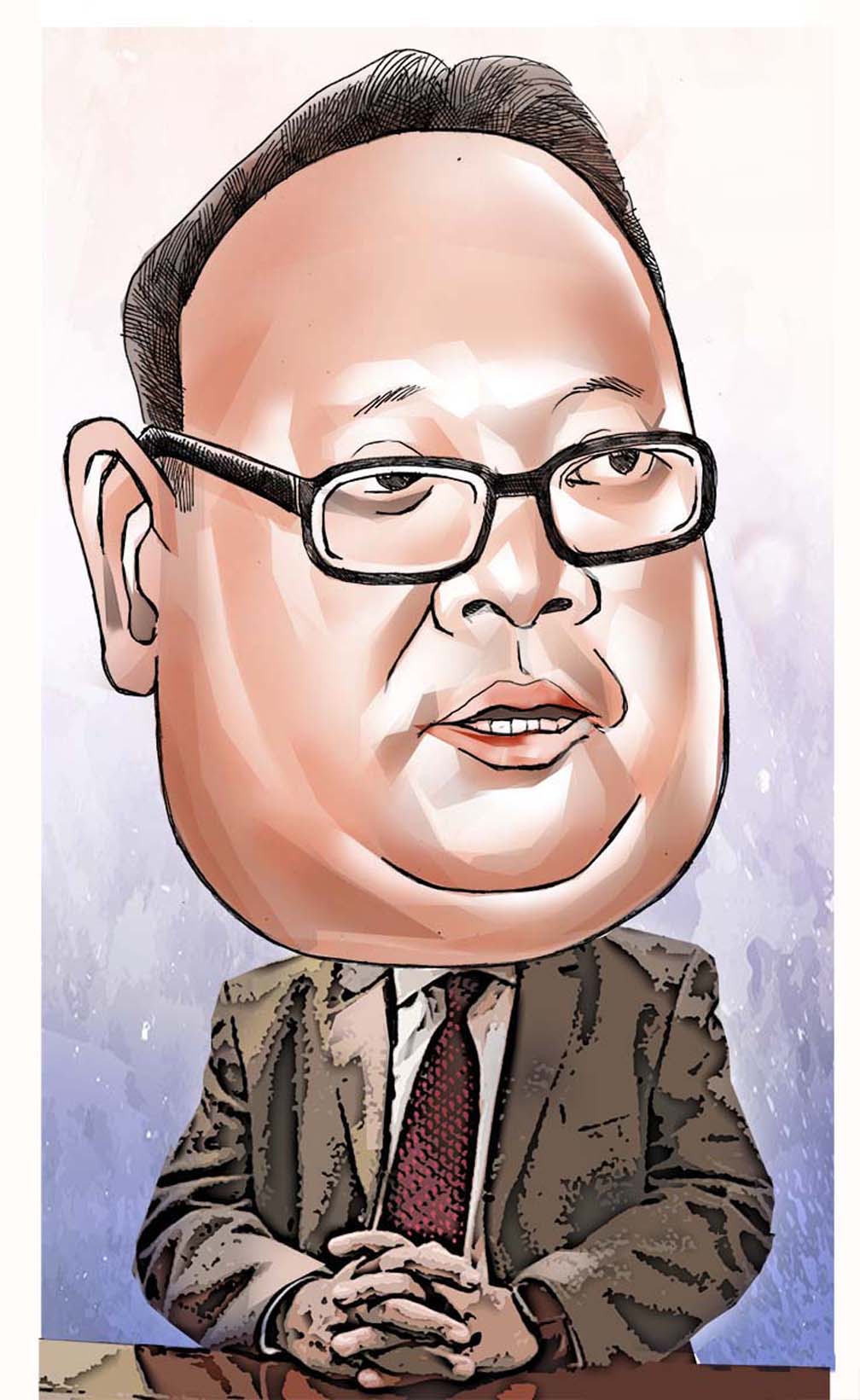 He had barely warmed his seat yet already he was making threats. Reporters covering Malacañang who were more used to the staid and detached style of Ernesto Abella most likely thought that his successor Harry Roque would be a breath of fresh air.  A blast of hot air was more like it. If they had expected something more concrete from the new presidential spokesperson, they were going to get it—orrather, the critics of his new boss were. To the enemies of Rodrigo Duterte, Roque warned them: for every rock they throw at the President, he was going to hurl hollow blocks right back at them.

Something tells me he’s going to do just fine in his new job. From party-list representative to presidential spokesperson is a huge leap by any stretch, although I was as surprised as Harry was to have even been considered. Apparently, President Duterte was dissatisfied with how Ernesto Abella was having to explain him to the Malacañang press corps, particularly how the President’s popularity was waning. Apparently, also, Duterte believes that Harry’s pie-hole—“malikot,” is how he describes it—is so much like his pie-hole that when the two lock, it’s like they’re speaking as one person.

Already there’s proof of that. One thing that differentiates Harry from his boss is that he does not use gutter language, at least I haven’t heard him do so. But he can be as crude, as evidenced by his questioning of Leila de Lima last November regarding her personal relationship with her driver Ronnie Dayan. The nature of his questioning got him into trouble with Kabayan, his party-list organization which he represents in the House, so much so that the organization tried to oust him. And then this one about the hollow blocks. Everyone who has ever met Harry knows that, of course, he would never do that, never actually throw anything, not even a pebble. That was just fitting in, would be my guess, because now he is in the company of Martin Andanar and Mocha Uson, who both made a specialguest appearance during Harry’s first press briefing last Thursday. Andanar and Uson can be—are—infamously combative when dealing with criticisms of the President, so Harry had to show his bristles, too.

The fact that he is glib makes his job easier.  How he handled Antonio Trillanes’s jibe that he accepted the portfolio because he had been possessed by an evil spirit—Harry replied, “I think that’s in line with Halloween. So let’s leave it at that.”—showed some class. If President Duterte had been accused of the same demonic possession, he would have snarled a profanity or four and spewed projectile vomit at the timorous reporter. Harry is capable of the mastery of the soundbite that the decomposing Miriam Defensor Santiago had, which will endear him to reporters wanting to please their editors with some headline-grabbing quote. Defensor-Santiago’s porcelain throne has not been squatted on for too long, if you ask me.

His, however, is not a job without pitfalls.  Is it possible that he could be too good at his job? Certainly. The first thing he should watch out for is falling in love with the sound of his own voice. It is a very real danger. Of Harry, I often observed that when he was still practicing as a human rights lawyer, which was that not long ago, he did not exactly shy away from the cameras and the mics. He gravitated towards the media the way a duck waddles towards water—he was a media pro. Sometimes I wished that he could have come across as less aggressive and posturing, but I guess that as a human rights advocate you have to show passion in your cause, and those were probably the qualities that convinced President Duterte to hire him inthe first place.

He also has to be careful about upstaging the boss. I don’t mean Rodrigo Duterte—that guy is un-upstageable, whatever one does. I am talking about bosses behind the boss, of which there are many. From what I have heard about working in Malacañang, of being a member of the Cabinet, the place is a viper’s nest, so I’ve been told. There is constant jockeying for position, there are fiefs and there are plenty of shoes one can step on, advertently or inadvertently. Other than Dumbledore himself, I do not know for sure who Harry’s boss is, regardless of what any office matrix will say, but a boss is anyone who has the boss’s ear and the corridors of Warthogs are a whisperinggallery. If he’s not careful, if he deludes himself into thinkingthat he is irreplaceable in the President’s estimation, well, Harry could find himself out of a job like the many secretaries and undersecretaries and assistant secretaries and appointees who presumed too much.

Not that it’s likely to happen. Harry may be a smartmouth, but there are smarts to that mouth. What he should really guard against is giving the impression, nay, of actually drinking the Kool-Aid. Harry strikes me as a man of an independent mind, but if he comes to believe the administration line that there are no extrajudicial killings, thatdrug suspects are not entitled to due process, that the means justify the ends, then he will have completely repudiated what he originally stood for as a lawyer. G