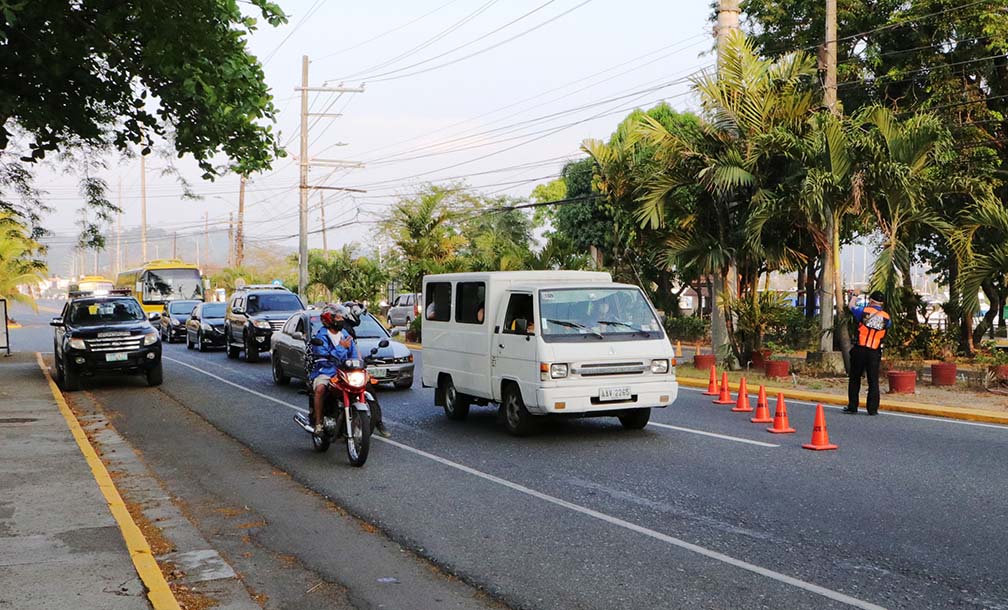 Eisma said on July 23 that the Subic agency is now strictly monitoring the entry of persons from Metro Manila and other COVID-19 hot spots after three Subic residents, as well as eight Freeport guests so far, tested positive for the virus recently.

“Our sentries manning the Freeport gates are now asking for ID’s and documents that would indicate the residence of visitors, and if they were from Manila or any other area with high COVID incidence, then they would have to present health certificates,” Eisma said.

“We are also asking residents in the Freeport to be conscientious about accepting visitors, especially those from MECQ or GCQ areas, as we have traced the recent cases to exposure to visitors or travel to certain COVID hot spots,” she added.

Eisma pointed out that there has not been any community transmission recorded in the Subic Freeport, which has strictly restricted entry since the Luzon-wide quarantine was imposed last March. “So these new cases can only be attributed to outside contacts. These are imported infections,” she added.

According to the SBMA Public Health and Safety Department (SBMA-PHSD), a total of 11 confirmed cases have been recorded in the Subic Freeport just recently, after it was placed under modified general community quarantine (MGCQ).

Meanwhile, a total of eight guests had tested positive while staying at a house in the Freeport. These included two visitors from Quezon City; three from Subic, Zambales; one from Palauig, Zambales; and two from Olongapo City.

Two of these infected guests reportedly left the Freeport for Manila even before their test results came out. The rest, who are all asymptomatic, remained here on quarantine and under close monitoring by health workers, the SBMA-PHSD said.

The latest local cases traced to travel outside the Freeport were those of five members of the SBMA security force, who were suspected to have been exposed while in Manila.

Eisma said three of these personnel had remained under quarantine in Manila, while one was admitted into a local hospital last July 21, and the other into an SBMA care and isolation facility, along with three members of his family whose RT-PCR tests also turned positive.

All of their significant contacts had been traced and have been scheduled for swabbing, Eisma said.

She added that the five security personnel were suspected to have been infected by a co-worker while eating together as a group in Manila.

“So this should be a lesson that we cannot be complacent and take the COVID-19 infections for granted, and that we could have a false sense of security when we are with friends or associates. The truth is, we can never tell who is infectious because a lot of positives are asymptomatic,” Eisma stressed.

Communities near the Subic Bay Freeport have also reported new COVID-19 cases following the easing of travel restrictions when they were placed under MGCQ.

Zambales, which has recorded a total of 45 confirmed cases, reported five new ones on Jul. 23. Three had history of travel to Manila, one to Bulacan, and another to Quezon City.

Olongapo City, which has reported a total of 23 confirmed cases, announced three more on Wednesday, Jul. 22 — all related to a person with a history of travel to Manila.