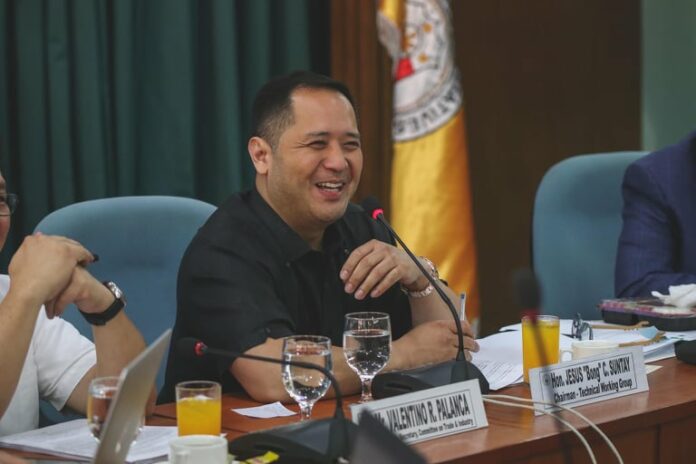 ABOVE PHOTO: Assistant Majority Leader and Chairman of the House Committee on Human Rights Jesus Suntay

For ‘requesting’ for the list of lawyers defending personalities and groups identified with the Left, Lt. Fernando Calabria Jr.—a police officer from Calbayog City, Samar—seems headed for an investigation by the Lower House.

Assistant Majority Leader Jesus Suntay, who is also the chairman of the House Committee on Human Rights, said the committee deplored what they described as a brazen attempt by Calabria to request a local court to furnish the police with the names lawyers representing alleged communist terrorist groups personalities.

The city police chief and his intelligence officer have since been relieved of their duties by the Philippine National Police (PNP) leadership.

“Inquiries with other lawyers and court officials across the country by concerned groups confirmed that similar letters were received by them. That the PNP leadership has subsequently denied any such policy does not help alleviate the situation as the chilling effect of the intimidation has started to creep,” Suntay said.

“Clearly, this action by some quarters in the PNP force is intended to harass, intimidate and hinder lawyers from performing their duties as officers of the courts and may deprive persons accused of a crime of their Constitutional right to be represented by a counsel. Practicing the legal profession is not a crime, regardless of who they represent. They should not, in fact, be identified with their clients, or their client’s causes as a result of discharging their functions. Ergo, lawyers must not be targeted for upholding constitutionally and universally guaranteed rights,” he added.

Suntay strongly condemned the threats, attacks and killings of lawyers and legal practitioners in the Philippines.

He and other lawmakers called on the Lower House to look into the request for a list of lawyers defending personalities or groups identified with the Left.

He added that the spate of killings involving lawyers has become alarming despite government efforts to address the problem.

Deputy Speaker Rufus Rodriguez is also urging the House of Representatives to look into the request of a Calbayog City police intelligence officer for a list of lawyers defending suspected “communists.”

“That request was improper, alarming, and violates the duty of lawyers to render legal service to any person needing it,” said Rodriguez.

Do you have it in you to combat COVID-19?

Straight out of the Führer’s handbook