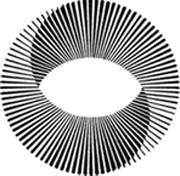 The Center for Philippine Futuristics Studies and Management, Inc. recently elected a new set of Trustees and Officers as a first step in reviving and revitalizing the organization.

The new set of officers is led by Jose Bayani Baylon as President, Antonio Kalaw Jr. as Vice President, Atty. Ryan Jornada as Secretary and Ma. Constantine Gonzales as Treasurer.

The Futuristics Center traces its roots to the Philippines Futuristics Society, founded in 1981 on the initiative of Don Enrique Zobel and the Filipinas Foundation. It engaged in extensive research on various aspects of life in the Philippines and produced a number of publications as a result.

In the aftermath of EDSA 1986, the Futuristics was the host of a traditional pre-election analysis and forecast by veteran political observers such as the late Antonio “TonyGat” Gatmaitan.

The Center intends to revive this tradition next month as its initial online offering to the general public, taking into consideration the health protocols made necessary as a result of the current pandemic.