The rehabilitation of Sampalok Lake  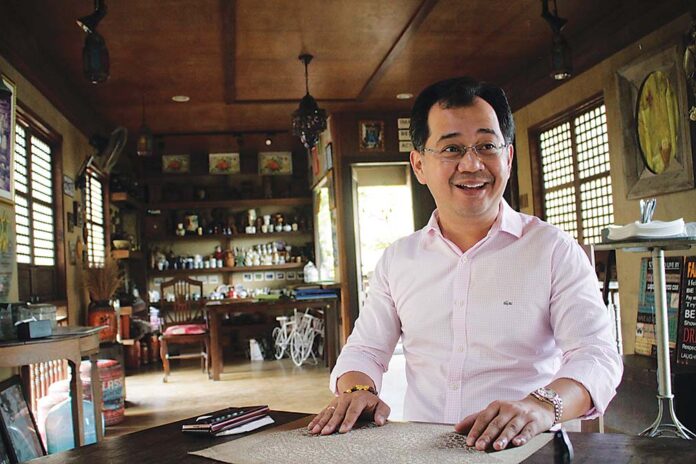 Much like the cleaning of Boracay and Manila Bay, the people of San Pablo City saw how their very own Sampalok Lake can be made clean and informal settler-free through the efforts of their uncompromising Mayor

Of the seven lakes, San Pablo City Mayor Loreto “Amben” S. Amante faced the most challenges with Sampalok Lake. Over the years, some 100 informal settlers—both rich and poor—had made the lake their home.

“If you were here seven years ago, you would not be able to see Sampalok Lake. There were so many informal settlers. If you went jogging around the lake, dogs would be following you around,” Amante related.

But even back then, the San Pablo City Mayor had recognized the potential of Sampalok Lake as a major tourist attraction. And since tourism is one of his flagship programs, Amante and the San Pablo City government moved to design and implement a relocation plan for the lake’s informal settlers.

“Even if the city government had the money to transform Sampalok Lake into a tourist destination, it will all go to waste because of the informal settlers. So I said it would be worth our while if we set aside about P10 million so that we can relocate the informal settlers to their permanent homes,” Amante said.

He added that the project would be like killing two birds with a one stone. The not so well off informal settlers would be getting their own permanent homes and this would lessen the problems that Amante would have to deal with during typhoons.

“They are very prone to landslides and their houses might be destroyed because of this. If they moved to their resettlement areas, the city government would have one less problem to worry about,” he said.

Once the Sampalok Lake got cleared of informal settlers, the city government proceeded with its plan to transform the lake into a tourist destination.

It was, however, not an easy thing to do. San Pablo City Information Officer (CIO) Leonides A. Abril Jr. related that the informal settlers were not happy about being relocated because they said they “were born there, they got married there and they plan to die there.” In short, the residents had threatened that “blood would flow” if they were forced to leave.

Abril said it took some time before the informal settlers were enticed to move out. “In the end, Mayor Amben was able to convince them that it was a good plan and that they would not have to shell out any money for their new homes,” Abril related.

“I told them to listen to our proposal and if they did not like it, then they can complain. They will not have to pay a single cent. They will have complete amenities—electricity, water, a wide road. The house is single detached and is 55 to 65 square meters,” Amante said.

He is very thankful that the informal settlers agreed to this arrangement. “This is one of the legacies that I will leave behind as mayor and this would not have been possible without the support of Jaime Medina, the General Manager of the Laguna Lake Development Authority. Sampalok Lake was already classified as a threatened lake so we did all we can to rehabilitate the lake,” Amante said.

In the words of Lennie Santos Borja, management consultant of the Laguna Lake Development Authority (LLDA): “What happened in Sampalok Lake is a very good case of how efforts of different stakeholders were able to achieve something that is a showcase of multi-sectoral efforts for conservation management.”

Also in 2015, the TWG met with CSAP beneficiaries and a Memorandum of Agreement between the San Pablo City government and Franklin Baker Corporation was signed.

Construction of houses in the relocation site started on Dec. 1, 2015, during which time, the TWG met with other civic organizations, NGOs, People’s Organizations (POs), and related government agencies, such as the San Pablo City Water District and th e Bureau of Fire Protection. Groundbreaking commenced on July 3, 2016 and March 23, 2016.