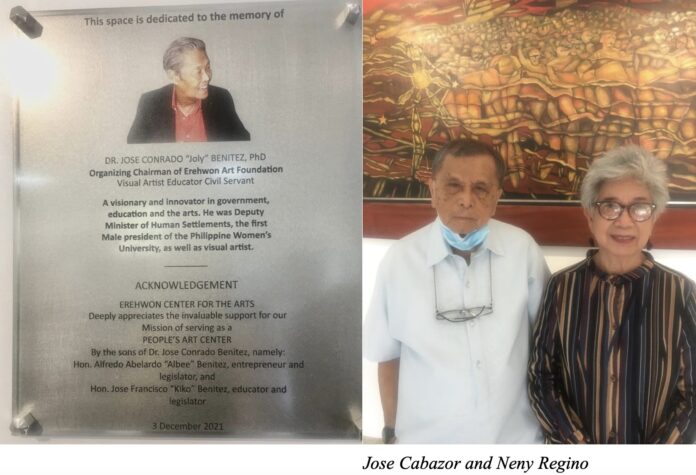 Erehwon Center for the Arts began its welcome for its second decade of operations by honoring those who have played significant roles in the Center’s history.

Its first Foundation chairman, the late Jose Conrado “Joly” Benitez will be perpetually remembered for his key accomplishments through a steel marker at the Center’s lobby.  The steel marker was unveiled by his former colleagues at the Ministry of Human Settlements, Jose P. Cabazor and Neny Regino.