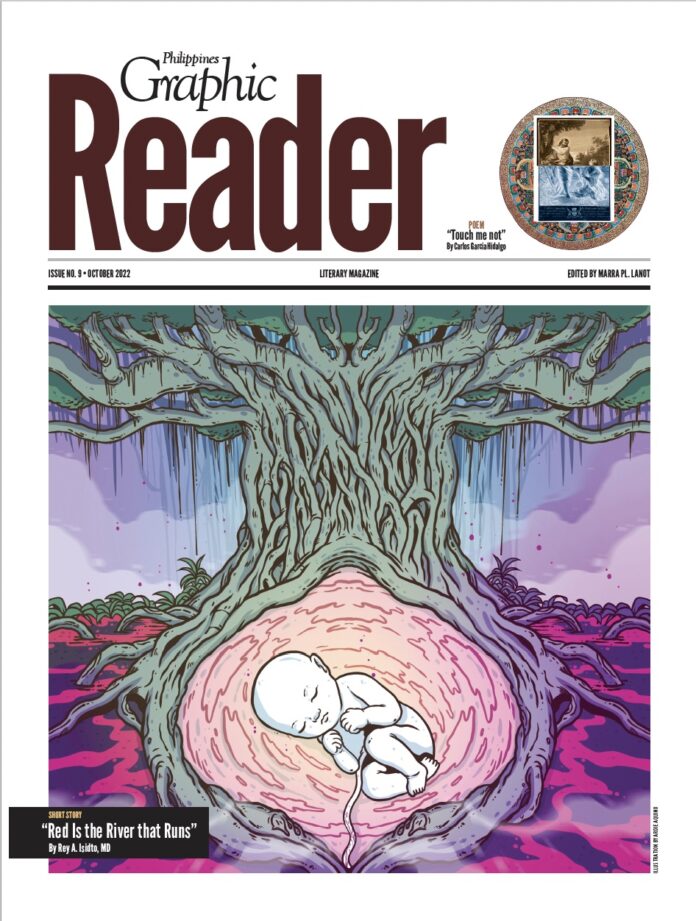 Get your copies of the Philippines Graphic Reader edited by multi-awarded writer Marra PL. Lanot

·   A Fight at the Reefs by Nicias J. Alameda

·   Touch me not by Carlos Garcia Hidalgo

·   Shadow in the Garden (Thinking of my daughter on her first death anniversary) by Pablo A. Tariman

·   Fritz and the Llama by U Z. Eliserio

·   Dale As I Explain to Him This Weird Thing Called Love by April Mae M. Berza