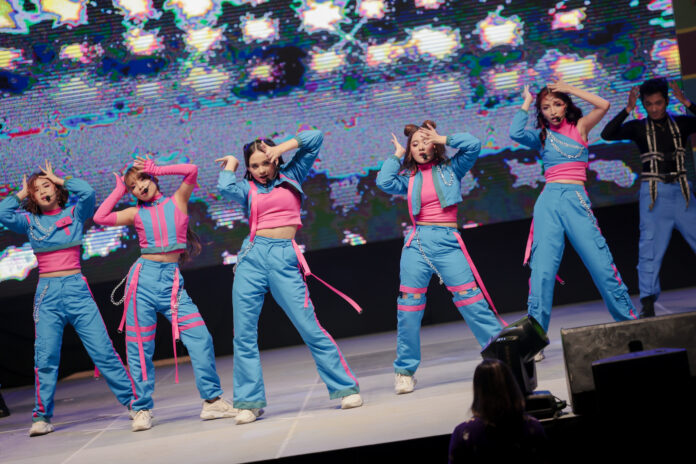 This Oct., Enchanted Kingdom celebrates its 27th Anniversary with the slogan Rekindle the Magic.

The Philippines’ first and only world-class theme park prepares for a grand celebration we deserve after two years of lockdown and missed connections.

One thing the global pandemic has made us realize is that meaningful celebrations rarely come.

When the day has passed, and everyone has left, we are left with the memories it gave us. This year, EK is ready to make us feel the magic all over again.

Rekindle the magic of Enchanted Kingdom with a spectacular 27th-anniversary concert on Oct. 15, 2022.

Catch Bamboo live as they rock the concert stage, along with special performances by Victoria’s Way, The Kingsmen, and SMS.

Both have immensely contributed to the creative and artistic process of the world-class theme park.

Enchanted Kindom is starting off the celebration early with P-Pop Day at EK, a pre-anniversary concert, on Oct. 09, 2022.

Catch their powerful performance along with up-and-coming P-Pop groups of the country: BGYO, Alamat, 1st.One, and Dione.

SMS will also make their first live performance with their debut single, “EK High! Dance Like Me”, composed and written by EK’s Musical Director, Tats Faustino.

In Laser Maze Challenge, players have to avoid laser beams as fast as possible to get through the finish line.

For energetic contenders, Beam Buster is a chance for them to let loose. Players must break as many laser beams as they can muster in a short period of time to win.

Guests may opt for single or double play to enjoy the attraction in their preferred style.

Laser Mission 2.0 is located inside the Building 25 at Spaceport zone with an admission fee of P100.

Step into the Gates of Alcatraz Produced by Recreation Concepts, Inc.

As a Halloween surprise, EK’s newest haunt attraction, Alcatraz, is opening its
doors to the public on Oct. 15, 2022.

Be transported to the chilling cell blocks of the maximum-security prison and come face-to face with rioting inmates and deranged criminals that this vicious nightmare holds.

To make the experience close to reality, guests will have their mugshot taken first right after they enter.

It is a long walk-through attraction divided into two buildings: the prison and the laboratory.

Alcatraz Haunted Prison is located beside Rio Grande Rapids at Portabello Zone with an admission fee of P270 (per guest).

To kickstart the Anniversary celebration, Enchanted Kingdom has announced exciting gifts available for limited time only.

The Rekindle the Magic 27th Anniversary promo offers Regular Day Pass at a discounted price of P827, available only at EK’s online store while walk-in guests can avail the Excitn927 promo that offers a Regular Day Pass ticket for only P927.

The 27th Anniversary Meal Deal includes a package of four (4) Regular Day Pass and four (4) EK meals worth P4,027 only.

To celebrate World Teachers’ Day this month, EK offers a Buy 1 Get 1 Regular Day Pass promo for only P1,000 available to all teachers.

The Magical Shuttle to EK promo continues as part of our anniversary celebration offerings.

It includes a Regular Day Pass and a roundtrip shuttle service for only P1,200.

Enchanted Kingdom embarks on an advanced and innovative technology system.

Find them all over EK and discover the tasty treats they offer.

Get a Closet Upgrade with EK’s New Merchandise Items

Find new ways to show off the beauty of EK experience.