A Fight at the Reefs 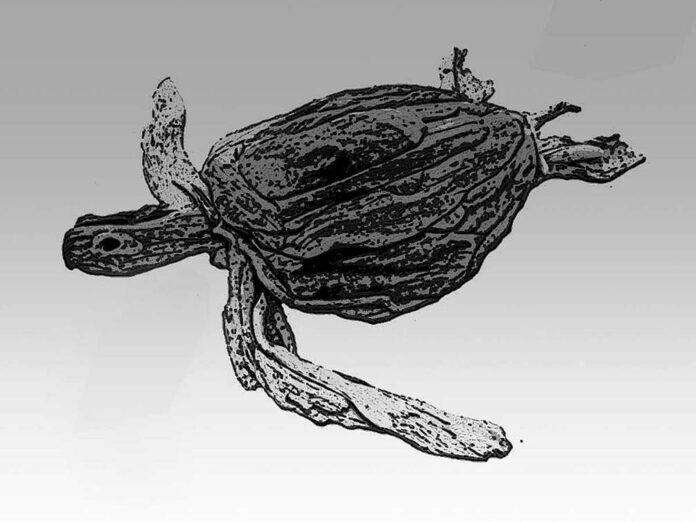 Gigantes Island, central archipelago.  Summertime. Young Benjamin, on vacation with his kin, is standing by the seaside inhaling the crisp breeze of the easterlies, which blows continuously in the same pitch and speed. Light is breaking on the horizon and is strewn over the sea. Loud explosions from the other side of the island rip the early morning hush. With its open air, this place can sharply be distinguished from life in the city with its lockdowns, isolations…says the youth’s simple boyish mind.

“What’s up at the other end?” asks Benjamin.

“They are blasting down a ridge of rock that obstructs passage and poses hazard to incoming boats,” replies cousin Roberto who is fitting up the pump boat lying idly on the dry sand, which they will use in exploring the reefs in today’s outing. He is getting ready with the boat’s implements.

Hardly has Roberto finished his report when a horde of bats shoots up overhead from the backwoods, dragging their feet, their squeaking transforming into an ugly liturgy, their wings spanning the sky and turning it into a black canopy. Benjamin takes two short gasps to know if air saturates with the offensive smells of bats in their wake, and if so, air is spread with disease. With the bats going, going, gone, the sky clears up again.

Presently the lad walks down the beach.  Half-lifting, the two drag the boat towards the sea now beginning to fill up the tidal flats.  When the boat reaches water and is half-afloat, the duo clamber up the craft. With Roberto attending to the engine, Benjamin tries his hand on the bamboo pole. He stands on the platform, leans on his side, and strains on the pole, feet wedged on the forward rigging. He pushes the boat forward, repeating the process with some more strokes until it breaks water and is completely floating.

Roberto tugs in a snappy manner the cord wound around the rim of the disc of the engine.  The revolution ignites the engine, which gives off the sound vroom vroom vroom, and he presses on the lever of the throttle. A spiral of exhaust smoke rises up from the engine room.  He presses the lever of the throttle, and the boat jerks up, surges forward, slicing the breakers and on smoothly towards the reefs. Arriving less than an hour later, they drop anchor on a sand ridge. The Big Island looms in the distance majestic in its wild forests, and on the slopes, green leaves and grass just as they have been for over a thousand years. Roberto hands to Benjamin a pair of homemade glasses, which the lad tries and fits.

“And here’s a spear gun and harpoon which you may use, just in case,” advises Roberto.

“I don’t think I will need them,” replies the lad. “Besides, I don’t intend to harm any animal. The sight of blood upsets me.”

They slip out of the craft and lower themselves into the water and dip. Benjamin surveys the expanse of the reefs, lavishly spreading out its loveliness. Not half of its beauty have I read in literature, he muses.  Amazing is the diverse tropical exotic fishes: butterfly fish, angel fish striped or banded, seahorses drifting straight up like true cavaliers. The lad watches with deep fascination as the exotic fishes crisscross one another in their natural habitat. On a solitary mound of rock, a black coral dances, sways, and dashes off its glossy brilliance in the surrounding sea. A newly matured shark, white, the lad observes, proves about the reefs and the exotic fishes scamper away as the animal glides across but soon swims afar.

A turtle, with a hawk’s bill, appears on the surface graceful as it paddles about. The animal swims closer, examines the youth who exhibits no sign of dislike. The animal comes still closer and nudges with its face the youth’s leg. Benjamin, in turn, caresses the animal’s face, which appears contented.  It jumps up and down in front of Benjamin.

At a distance, Benjamin notices the white shark lurking about. On its approach and seeing Benjamin and the turtle play with each other, the visitor with unblinking eyes casts a vicious look at them. It comes closer still, but the turtle, sensing the youth in danger, blocks the shark. At this instance, the shark sneaks up on the turtle and the fight starts, the turtle biting off the shark’s gills and the latter plants his teeth on the turtle’s flipper. Feeling threatened, Benjamin clambers up the boat fast. The shark dashes off and sneaks up on the turtle, grazing its flipper. The turtle wiggles, submerges, and hugs an outgrowth of a coral. The shark comes back, swimming on its side. Benjamin pounds the side of the craft with the bamboo pole to scare off the shark.  The turtle meets the shark with his bill and claw—the shark biting its flipper, the turtle nipping the shark’s gills and wriggling with all his force. Benjamin sees that the turtle is no match against the bigger shark; the turtle relaxes its grip.  With the pole, Benjamin jabs at the face of the shark, which also releases its bite on the turtle.  In an attempt to attack Benjamin, the shark jumps beside the craft, but fails to reach Benjamin, who has stepped back in time.

At this moment, Roberto appears on the scene with some speared fishes strung together. Benjamin shouts, “Watch out!” The shark, sensing Roberto’s return as that of a prey, instead attacks Roberto’s arms, and who as a result, drops his spear gun. Seeing his cousin defenseless, Benjamin takes hold of the harpoon and thrusts it into the attacking animal, hitting it on its mouth. The shark, shocked, spits out its stomach, jumps to the air, spins, spews froth, swims in reverse and retreats into the deep.  Roberto shows bite marks on his hand.  They help the turtle up the boat, its flipper showing an ugly wound. They notice that the turtle is hurting.

Benjamin applies ointment on his cousin’s hands and also on the turtle. They lift anchor and prepare to return.

Benjamin sees from afar a barracuda dashing through the reefs.

Afternoon. Young Benjamin sits under a tree by the edge of the shore. A gentle breeze is blowing from the wide Pacific.

The air is dry and hot, the breeze rustling the fronds like strumming her charm with my guitar.

Mother dear: We go to see the creek where you say you used to bathe and wash linen. The creek dries up, the bed fills with soil on the mountains, the trees are gone, too. Grandfather says a powerful politician from the capital logs all the forests. Only a second growth is there to see during heavy rains. The water carries towards the plains the soil trees and plants. A ship comes and anchors offshore. It buys the marine products-tropical fish, pearls, corals from the folk here and transports them to buyers. Grandfather and cousins send their greetings. I look far into the distance. I take a deep breath my eyelids are heavy. I see her come down the beach, my childhood crush, ever as lovely treading with steps light as air. The dry sand, her brown and shining cheeks like that of a real southern princess, her hair flowing down her shoulders, a fully-grown lady, her loveliness about her adorned with a pearl necklace coming from Grandfather on the occasion of her birthday a very precious thing. She opens the box and putting her hand over mine exclaims oh, it’s beautiful. Going back, he keeps on running and shouting I am accepted I am accepted. It’s been a long time, Eileen. It’s a small world. I see you are robust and fit, you must have done your exercises diligently. She answers you must have traveled the world. I guess I changed airlines in different countries. The sand on the beach where we used to swim has turned black, he reports, the sandbar is washed away. Many dreams about you have I kept in my heart deeply. Touched, she lays a hand on me, the warmth of her touch shakes my flesh and bones I draw up my arms to embrace her. Voices of young girls giggling and laughing floating down the shore stir me. I look again at Eileen, she has turned around and steps on the crossing. I call Eileen Eileen Eileen, stay as you are. The vague pale objects disappear, the girls are running about playing catch.