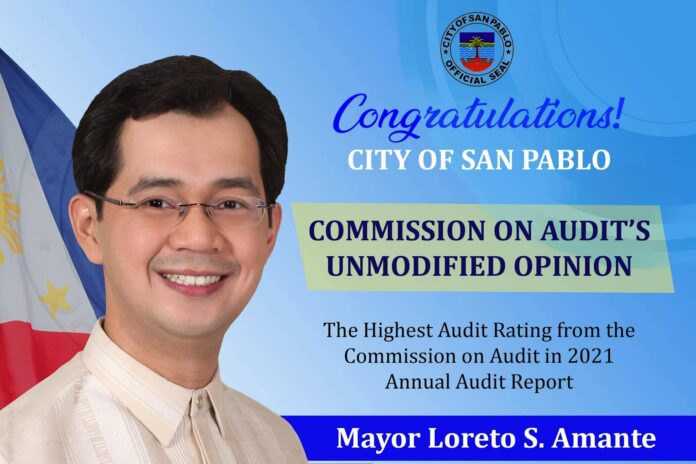 The said rating was conveyed in a letter to Mayor Amante in its Annual Audit Report (AAR) on the accounts and operations of the city government for 2021 pursuant to Government Auditing Code of the Philippines.

The “Unmodified” rating means that the financial statements and performance of the city was presented fairly in all material aspects and the results of the operations and financial condition of the LGU are based on existing government standards and compliant with government laws, rules and regulations.

According to City Accountant Arlene Beltijar, the city LGU performed well in terms of the financial performance.

Thus, the city is a consistent awardee of the Good Financial Housekeeping Award given by the Department of the Interior and Local Government (DILG).