Anatomy of a scandal 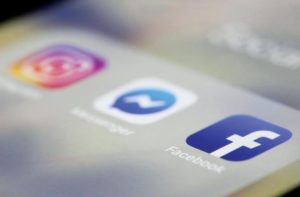 A cloudless faint blue sky greeted me  during the early morning of Tuesday last week. However, one could immediately feel a storm brewing on the horizon.

A video did the rounds of social media the day prior, I was told. Those who saw the video said it featured APO Hiking Society singer Jim Paredes in a very compromised position.

Let’s not even go to where one must paint a picture of what he was doing. For one, I refused to watch the video for the simple reason that people have a right to their privacy.

Shortly after the video was passed around like catsup on the dinner table of social media, furor erupted. Jim is quite infamous among Duterte loyalists as an outspoken supporter of the Aquino administration.

Having finally found a weakness, Duterte diehards began lashing out on Jim Paredes to the detriment of whatever is left of the man’s reputation.

I bit of disclosure: I don’t like Jim any more than I like the Yellows. I find them a self-righteous mouthful. I would like to think of myself, however, as a good friend of his brother. But in spite of that friendship, I openly admit my dislike for Jim. Was never a fan of APO Hiking Society save for a few songs.

I met him once during a gathering of opposition members somewhere in Makati City. Didn’t pay much attention to what he said back then. When finally we were introduced to each other, I merely clasped his hands and said “I know your brother”. He simply winced. Yes, I have that effect on people I don’t like.

More to the point, I find his support for the Aquinos blind in the main, more out of nostalgia or utang na loob than love for country.

Be that as it may, I have several questions for those who found the video cringeworthy: One, was it a scandal? Hardly the case in my estimate. I believe what falls under the category of a scandal was how Duterte supporters shared and feasted on what clearly was a private matter.

Show me a person who doesn’t have one single skeleton in the closet and I will show you an inveterate liar. However, there are mere skeletons and there are crimes, the former being a matter of private concern and the latter public outrage.

This now begs the other question: was it a crime? Not even close. Last I read our laws, and I try to do that on a daily basis, there’s nothing criminal to what Jim Paredes allegedly did in the video.

I was amazed at how Duterte diehards took the said video and made a crime out of its contents. Do these people even know what a crime truly is?

Speaking of crimes, allow me to enumerate a few:

(1) The murder of tens of thousands of poor people for mere suspicion under Oplan Tokhang;

(2) The selling of our lands, waters and resources to the highest bidder;

(3) The government’s surrender of its loyalty to China, which by all standards is called treason;

(4) The promotion of impunity, violence, dishonesty and misogyny: these are clear breaches of the Constitution;

(6) The threat of rape and violence leveled against women;

(7) The ongoing persecution, harassment and murder of people holding to a different ideology;

(8) Allowing illegal foreign workers to continue to work in the country without legal consequence;

(9) Having trillions in government coffers yearly but spent on nothing with particular significance save paying troll farms;

Let’s add to the list what is slowly becoming clearer and clearer: a government deeply involved in the proliferation of illegal drugs from China. After three years in power, the Duterte administration has yet to incarcerate a top-ranking criminal of the drug cartels.

That’s just the tip of the iceberg.

We haven’t really probed deeper into the attempts to rewrite our history, the reasons why China is dumping all its illegal drugs into the country, and further rumors of digital surveillance and the harassment of journalists critical of this administration.

With the Jim Paredes incident, which is reminiscent of the Lila de Lima video “sex scandal,” I think it is safe to assume that the Duterte administration may have been gathering information in the form of scandalous videos to discredit its most virulent critics.

If my hunch is right, the so-called Jim Paredes and Lila de Lima videos are the first of a series of incriminating evidence which could soon discredit the opposition. As I wrote in one of my earlier pieces, Duterte has weaponized humiliation to such an extent that it can even rival the Roman emperor Caligula’s strategy for dominion.

If you think the daily murders are frightening, get a load of what might soon be coming: a surveillance campaign out to expose even the smallest of our skeletons in the closet.

Digital and internet technology, while good in the main, has been weaponized to ensure a critic’s defeat. Rather than provide the public with clear answers to questions, the easiest way out of a controversy is to create a controversy against government rivals.

With the internet and social media in full throttle, the general mindset of the public has come to the point that it refuses to acknowledge the individual’s right to privacy. Some even mistakenly interpret the axiom “the private is political” to mean that every life is now subject to prying eyes.

This kind of ideology is dangerous in the main. What’s next? Thought police? Authorities have the right to jump the gun in relation to our deepest, most intimate thoughts? That we can all be legally charged of a crime just by thinking it?

I hold to the idea that the right to privacy is equal to the right to life. Privacy and life are intertwined. What we do in the privacy of our homes and our thoughts is no man’s business for as long as these do not end up as crimes acted out on an unsuspecting public.

To breach this privacy is no different from sticking a knife into the neck of an individual. It is murder, plain and simple.

If such a strategy of humiliation is in the works, then we have all the reason to be anxious for our lives. If we don’t rise up to the occasion now, our chances of ridding our selves of this terror may not ever come again. G