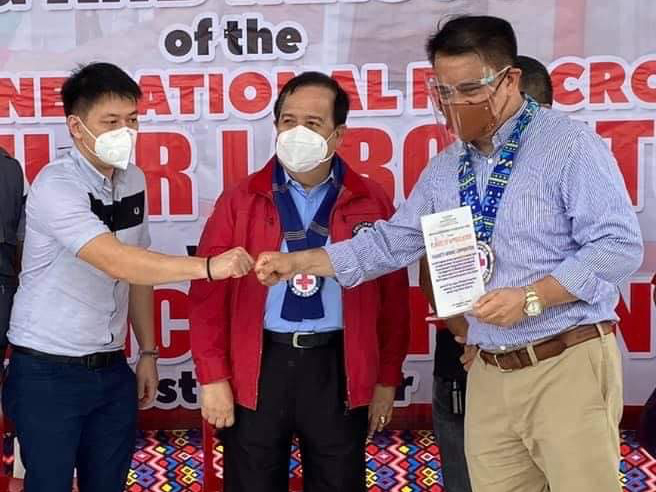 The new Red Cross MTL, with a capacity to process some 2000 specimens every day using the reverse transcript-polymerase chain reaction (RT-PCR), will provide faster diagnostic results of suspected COVID-19 cases and is expected to dramatically improve the province’s response against the threat of the virus.

Jose Bayani “JB” Baylon, vice president for Corporate Communication for NAC, said that the MTL is the first of its kind funded by a mining company in this mineral-rich province.

“Our NAC affiliates were among the first to respond to the mining communities by expending some P50M during the first months of the pandemic securing food and basic first-aid materials including tests kits, and we figured what better way to serve the communities of Surigao Del Norte (SDN) than its own lab to hasten the process of identifying the cases of infection and be able to respond accordingly,” Baylon explained.

Gordon, thanking Nickel Asia, Taganito HPAL Nickel Corporation (THPAL), and the LGU leadership for making the lab happen, said the Red Cross intends to put an MTL all over the Philippines and this new lab in Surigao, equipped with 42 testing machines, can identify not only infected COVID-19 patients faster, but can test other diseases like HIV, Leukemia, and various forms of cancer.

“This lab can be the Eastern Mindanao Warehouse in Mindanao not only for testing but for research and hopefully we can start our own vaccination program here” the Senator shared.

Gordon also confirmed that Red Cross has very recently started using saliva testing for COVID-19 tracing and he hopes to bring the said testing capability to the new MTL in Surigao City.

According to SDN Vice Governor Geed Gokiangkee, who spoke on behalf of Governor Francisco “Lalo” Matugas, cases of COVID-19 took an unfortunate spike in October 2020 and the people of the province could not have received a better Christmas gift than this lab that will help advance SDN’s fight against the virus.

The MTL is located in barangay Bonifacio in this City and is expected to provide efficient support to Red Cross chapters in both Surigao del Norte and Surigao del Sur.