Among the most iconic Filipino images of fathers are those showing our overseas Filipino workers coming home from, or leaving for, foreign shores to take on jobs for a better future for their families.  And more often than not, beyond the hugs and kisses and tears, are the gifts—that long-sought PlayStation, branded rubber shoes, cell phone or some other gadgets, and fancy clothes.

Lucky are the children who get the items on their wish list as their fathers return for short vacations.  Luckier still, however, are those who get to snatch precious moments with their dads, who often need to squeeze in family time between the myriad trips to government offices, travel and recruitment agencies to process their papers, or to get vital medical check-ups, attend reunions or even short trainings.

Most of my early years were spent in the pre-OFW era; that is, before a larger-than-life labor minister named Blas F. Ople pitched to his President a labor export policy that would take advantage of the huge need, in the early ’70s, for skilled workers, especially in the Middle East as oil exporters needed them for their frenzied development fueled by their petrodollars. Oil-importing countries like the Philippines who needed the foreign exchange as world oil prices soared, were, in turn seen to benefit from exporting their labor. This was not to say that no Filipinos worked abroad before then, since migrant workers were documented since the 16th century. But the Seventies marked a turning point—when a deliberate labor export policy became so successful that what was contemplated initially as a stopgap measure was continued by Presidents who succeeded Ferdinand Marcos Sr.

Because I grew up in the pre-OFW era, graduating from high school just as the labor export policy was laid down, most of my memories of my father related not so much to gifts he bought, but gifts he made—in those precious moments he spared for us his nine children, because this was a daddy who always had time for them.

Despite, or maybe because of his limited time, he was always busy at his carpentry-cum-inventors workshop on weekends—he had a one-and-a-half day off, as he had to report to office Saturday mornings.

Right after lunch, he would bring out his tools, some stuff he bought with any one of my six brothers at the neighborhood tableria, along with crafts materials from a small store six blocks away, and then take out all his “junk” or the throwaway items he collected for his projects.  If he planned to lead us in making a replica ship, for instance, that would mean bottle caps, old rubber slippers he would carve to make the items for the deck, along with old but thick cartons from discarded boxes.

One Saturday afternoon, he decided to make a “Pin Ball”and used his carpentry skills to make a wooden, tilted platform where he painted slots to indicate the prizes and then hammered in hundreds of small nails to form the pathways where the balls would run through.

Like most of his wartime generation, Daddy devoured history books and had a particular liking for military history. This explains his fixation with building ship replicas. One fine Saturday he told us, “we will play ‘naval conquest’ like the great admirals did.”

Open-mouthed, we asked, “how?” He then pointed to a pile of old newspapers and then conscripted me and my two youngest brothers to tear the paper into tiny bits and then asked mommy to cook gawgaw (cornstarch) where we dipped it later.

He and my oldest brothers, meantime, sawed off a piece of plywood the size of our old study table, and then he taught his sons to draw, first by pencil, and later with paint, maritime regimes with designated spaces for us the smaller ones to mount our papier-mâché “land”.

By Saturday evening, and on through Sunday, we were playing “naval conquest” with tiny ships carved out of those long, two-toned erasers (the white-and-gray ones, remember?) sliding across the “seas” in between the land territories. While we were playing, he was annotating, regaling us with history lessons of great naval battles fought and won—and if lost, why.

On some weekends, he and his favorite brother-in-law—a much younger, handsome man who married my mom’s youngest sibling and lived with us for nine months—would make simple cardboard guns for all of us.  My uncle died an untimely death exactly nine months after marrying my aunt, and he passed, in my daddy’s arms in the hospital where he was recovering from burns in an accident, two men who had bonded in the secret of fatherhood: time. My father was inconsolable and struggled with breaking the sad news to my mother and her sister, then five months pregnant. He passed on that burden to the family doctor.

After my uncle’s death, daddy continued with the weekend projects, fashioning one game after another that he invented. And when my aunt gave birth, he quickly filled in my late uncle’s shoes as my cousin’s daddy. So now, he had eight children to make toys for—and this eventually became 10, when my two youngest siblings came.

On some precious Saturday afternoons, the workshop was replaced by movie theater festivals. He idolized Fernando Poe Jr., and I can’t think of a time he said that “oh, I didn’t get to see that one.”  He devoured FPJ movies so much that, whenever the Manila theaters scheduled their yearly “FPJ festivals”—when one can watch two, even three, back-to-back FPJ films of the past year in one afternoon, for the price of one ticket, he made it a point to go.

I was the lucky “date” on some of those “wantusawa” days because my mother had no patience for sitting down that long (six hours!) inside a movie house. Besides, I was a “Papa’s girl” because I was the first daughter in a then brood of six boys.

Daddy knew Carriedo, Recto, and all of the old, glorious Manila’s best haunts like the back of his hand. He had a modest salary as an accountant, so was never wont to splurge. But he mastered the fine art of window shopping and remarkably “brainwashed” us into thinking that a great shopping day was not measured by the number of fancy gifts bought, but the excitement of exploring places; of searching for, and finding things—and not feeling bad if the price was too much.

Usually, we would be happy coming home with a brown paper bag of various items from a bookstore or crafts store—erasers, cardboards, all sorts of glue, clay, crepe paper, plastic sheets. We embraced them like precious loot, hearts souped up with excitement at the prospect of what Daddy’s next “project” would look like.

We had game nights as well: indoor and board games (think Monopoly, Trouble, Chinese Checkers, Snakes and Ladders, Scrabble, Jeopardy)—usually preloved sets given by more well-off relatives and friends. There were, as well, Bingo and card games (aha, he taught us Black Jack!), including some he invented. In retrospect, it was remarkable enough that he made time for us 10 children and relished it. More remarkable still, that we were of varying ages, including older teens and then the smaller ones. Most remarkable of all, Daddy’s evident joy was so infectious, our Mommy and our aunt often joined us, too.

As I grew older, and reminisced on life with Dad—especially after his death—I realized that of all the things I held most precious from him, it was the time he took to not just take care of us (the usual feeding, bathing, teaching), but also the time he spent with us in moments of crisis.

He used to say—and my mother and our family doctor would confirm this—that he always felt God must have liked to “challenge” him after he got his wish for a daughter, because there were several times in my infancy and childhood when I got seriously ill.

The most challenging was the mild polio that struck when I was six, months after I entered Grade 1. For the months I couldn’t walk, and subsequently when I could walk but needed several more months of therapy, Daddy was there.  He worked it out with the school so I could continue studying, and got my eldest brother to take home all school lessons and assignments, returning them the next day. Indeed, he was way ahead of his time, asking for “flexi-time” from his boss in an oil company so he could supervise my leg therapy early in the morning.

Of course, even after I was able to walk again, I was “lampa” or frequently fell down. But each time I came home with a scratch or wound, Daddy would patiently pluck some guava leaves nearby, boil them and clean my wounds and apply sulfanilamide.

And then, when the wounds started to heal, he would always insist I sit down for the time it took him to apply sebo de macho, that home remedy cream that most households had back then, to make sure no scars remained.  I kid you not: this macho “mestizo of the calle” –as Paco Catholic School’s Belgian nuns called him when he was a mischievous little boy who had been orphaned at age five—would, in a soft voice, tell me, while applying the “miracle” cream, “hija, kelangan wala kang peklat para balang araw puede kang maging Miss Universe [child, you should avoid scars so that one day you can become Miss Universe].” My brothers still have a blast each time that recollection plays out in our family reunions.

Lucky for me, two sisters who followed later as children number 8 and 9 (we called them the latak in the family), were born much later, and we had huge age gaps that spared me from the temptation of envy: they were much prettier and smarter than I.

Of course, I never got to be—nor ever even dreamt—of becoming Miss Universe. But instead of a crown, my head is like a cup that runneth over with liquid gold: the most precious knowledge that once upon a time, I was loved; nay, we were all loved, by a simple man who knew and showed the best gift of fatherhood. It is TIME, no matter how little one may have of it.—First published in the BusinessMirror 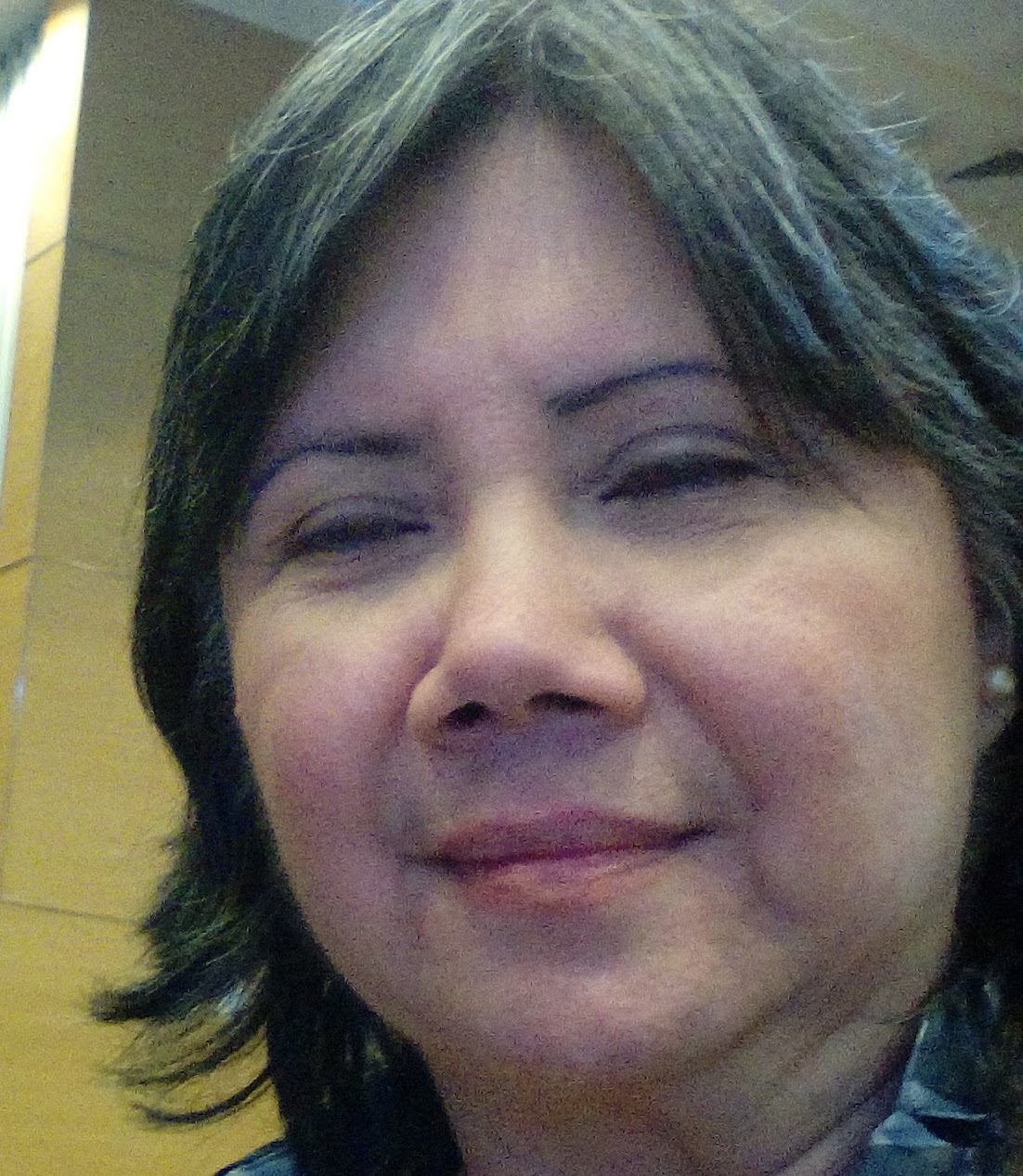 Lourdes Molina-Fernandez
Lourdes Molina-Fernandez is the editor-in-chief of BusinessMirror. She was editor-in-chief of Malaya in the three years preceding the Edsa Revolution, and in the early 1990s chaired for two years the Philippine Press Council, the self-regulatory arm for print media of the member-publications of the Philippine Press Institute.

Previous article
Puto Biñan: Not just an ordinary puto
Next article
Susan Roces: 80 years of a life & memories of a movie icon