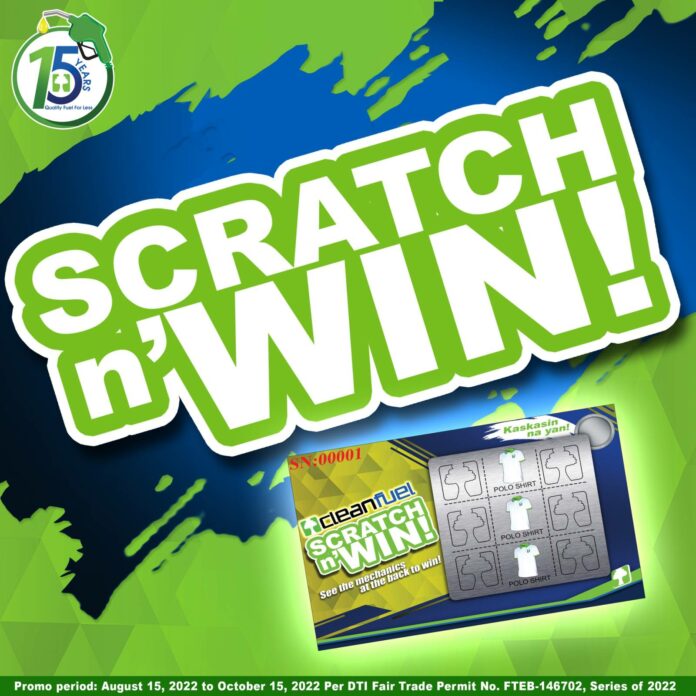 Cleanfuel, the purveyor of Quality Fuel for Less, announced the launching of “Scratch N’ Win” promo at select Cleanfuel stations starting from August 15 to October 15, 2022.

The “Scratch N’ Win” promo is a two-month promotion of Cleanfuel that will entitle customers to win premium items and discounts when they gas up worth PHP2,500 single receipt purchase of Diesel and Gasoline products in any participating Cleanfuel stations.

“It’s always good to bring back the appreciation to our valued customers. The “Scratch N’ Win” promo will further excite our loyal patrons that every fuel they will purchase is equivalent to a chance of winning premium items at Cleanfuel,” said Atty. Jesus “Bong” Suntay, President and CEO of Cleanfuel Group of Companies.