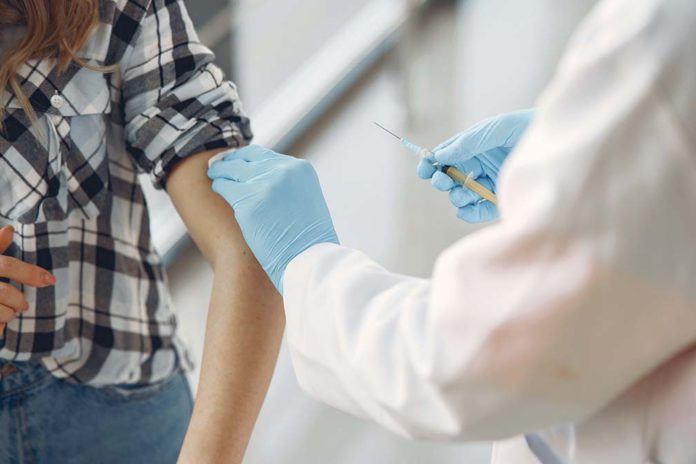 1. Do vaccines contain harmful ingredients where my child can get a disease?

“Today’s vaccines use only the ingredients they need to be as safe and effective as possible.” (1) The chances of your child getting the disease from the vaccine is nil as they only contain parts of the bacteria or virus that has either been killed or weakened. However, this may be a concern only if your child is immunosuppressed.

As in any medication, they may have side effects that are for the most part, minor. One of the permanent contraindications to vaccination is anaphylaxis to a vaccine ingredient, which is a rare but possible event. This can be avoided by screening the patient before administering the vaccine. Doctors and vaccinators are properly trained to recognize possible anaphylaxis and administer immediate treatment for it. Over all, one has to weigh the benefits versus the risk of leaving your child vulnerable to potentially life threatening diseases.

2. Do vaccines cause SIDS or sudden infant death syndrome?

The age range of two to four months is the peak age that SIDS has been found to occur and corresponds to the time that a number of vaccines are given.  Multiple research and safety studies have shown however NO causal relation between vaccines and SIDS. (2)

3. Do vaccines cause autism?

There is definitely no evidence to link vaccines to autism which has a genetic predisposition.

In 1998, Andrew Wakefield, a British gastroenterologist with several colleagues published a paper implicating the MMR vaccine. The paper was subsequently found to be critically flawed, and retracted.  He was charged with scientific misconduct and banned from medical practice in UK, his native country. He now lives in Texas where he continuously expounds his unfounded theories becoming a foremost anti-vaxxer proponent.

4. Why is there a need to vaccinate my child against measles and polio, when he has completed it before?

The Philippines suffered from low vaccine coverage in the past 10 years brought about by several factors that resulted in the  resurgence of polio  and measles outbreaks that caused hundreds of deaths in children. To stop the spread, there is a need for a campaign to immunize all children nine to 59 months to ensure a 95 % coverage that will produce herd immunity. By so doing, this so-called herd immunity will prevent even those unvaccinated or cannot be vaccinated due to illness from getting the disease.

5.  Isn’t it better to have my child go through the illness rather than get vaccinated?

A few years back, a nephew was once invited to a “chicken pox party” in Cologne, Germany, which visibly upset his mom, and a cousin who was living there at one time.  A group of mothers told her that it was better for her only child to get naturally infected in order that he may have a stronger immune system.

This is a very wrong notion altogether. The better response being: “Seriously? Take a plane back home and I will complete his shots.”

Although majority of natural infection will recover after two to three weeks without serious consequences except for so called “pox-marks” on the skin, it may also lead to complications that may be irreversible causing either permanent disability or death. The safety of others is likewise compromised by virtue of the infectiousness of the disease. Everyone must take time to realize the devastation that may be brought to others specifically by such disease as polio and measles that bring paralysis, blindness and brain damage. Both diseases by far are easily vaccine preventable.

6. Why is there a need for boosters at a later age?

Immunity may wane over time for certain antigens received during childhood and need bolstering to bring it up to protective levels.  Specific vaccines may be needed, dependent on age and particular circumstance. Immune senescence, an inevitable part of the aging process may also render one susceptible to serious illness such as influenza and pneumococcal infection.