You killed my master

In syllables two seconds out of synch with the lips,
while a crooked finger points back to himself,

vengeance smoldering in a fingertip,
preponderance of death in a single knuckle.

Wind and wine, be still, be without form—
be water, which is never destroyed

only worshipped, shaped, and ignored,
Flow. Crash. They will sway to music undiminished

by pity, only sinister zithers and angry gongs,
then the wind, silence, before the fist

then the rest of the body curls
into a furious animal: mantis, crane, then snake,

then eagle, then dragon, for we are most noble
and furious when as beasts or the shadows of thereof

before the body dissolves into pure vapor
then pure flesh again: by mid-sentence

his somersault propels him on roof after roof
after roof, with every landing the majestic tilery breaks,

sending red dust all over the sky, the jade deities and
pavilions fading like forgotten watercolor.

Then the final confrontation—a fight to the death.
their limbs are now ideograms entangled then deformed,

as if in a trance dance drunk with its own devastation.
He will scream in slo-mo, he will lunge and leap,

He will crush his windpipe while the gods
can do nothing but watch.

1
Before dawn there is no truer version of you than the one on the mirror awake for days. You pull down one eyelid expecting to decode the red calligraphy of veins before this affirmation: I am master to no one but myself

2
Then you shove your nose in the spaces between imperfect white lines.

3
Bandages of shadows. The last was the year we lost friends not to speed but to gravity. For they were without wings.

4
What you need is sleep, not answers to stupid questions, like why grinding strings and grief always go together, or how one distorted note bludgeons and astonishes, the pure undiminished D chord as a baseball bat to the skull,
vibrating low and open. The possibility of the riff as a philosophical proposition.

5
The imperative of the note arriving not as assault but supplication, those songs as inventory of human hurt.

6
What you need is to ask why the color of exhaustion is always a certain dirty shade of white, like impure, uncut cocaine,

7
Light thawing in a whirlpool of black wax at thirty-three and a half revolutions per minute.

8
Mirror. Eye. Bass vibrations carve subcutaneously.
What then, you may ask, is the color of absolution?

9
The window gasps and the city floats as a tapestry of pin lights. Again and again they remind you of the futility of human flight.

10
No other possible recourse and discourse in this hour but what certain noises can teach us about the nature of gravity.

11
Now comes the part of the song where Ozzy grieves about being blinded by snow
Before whispers something in the background, a single vague syllable sweeping through the room like a wind in a grainy suspense movie.

12
Behind each flower grows a weed in their orchidarium of make-believe.
Vines, thorns, jagged glass, and secrets and whispers as random as nails.

13
Of course, we deserve good things. But we’re constantly blinded by lightning.
We’re astonished by the stars. Everything is occult, everything is as weightless as the half-moons and pentagrams we imagine.

14
Everything is a matter of dance— to whip and thrash your head like no one’s watching. Everything is about inventing a chord— just one chord— to proclaim just how ugly the world is.

15
Let the clock show that I am wrong, that I am nothing but an accident of pure vapor. Let us be lost in the fuzz of four o clock. 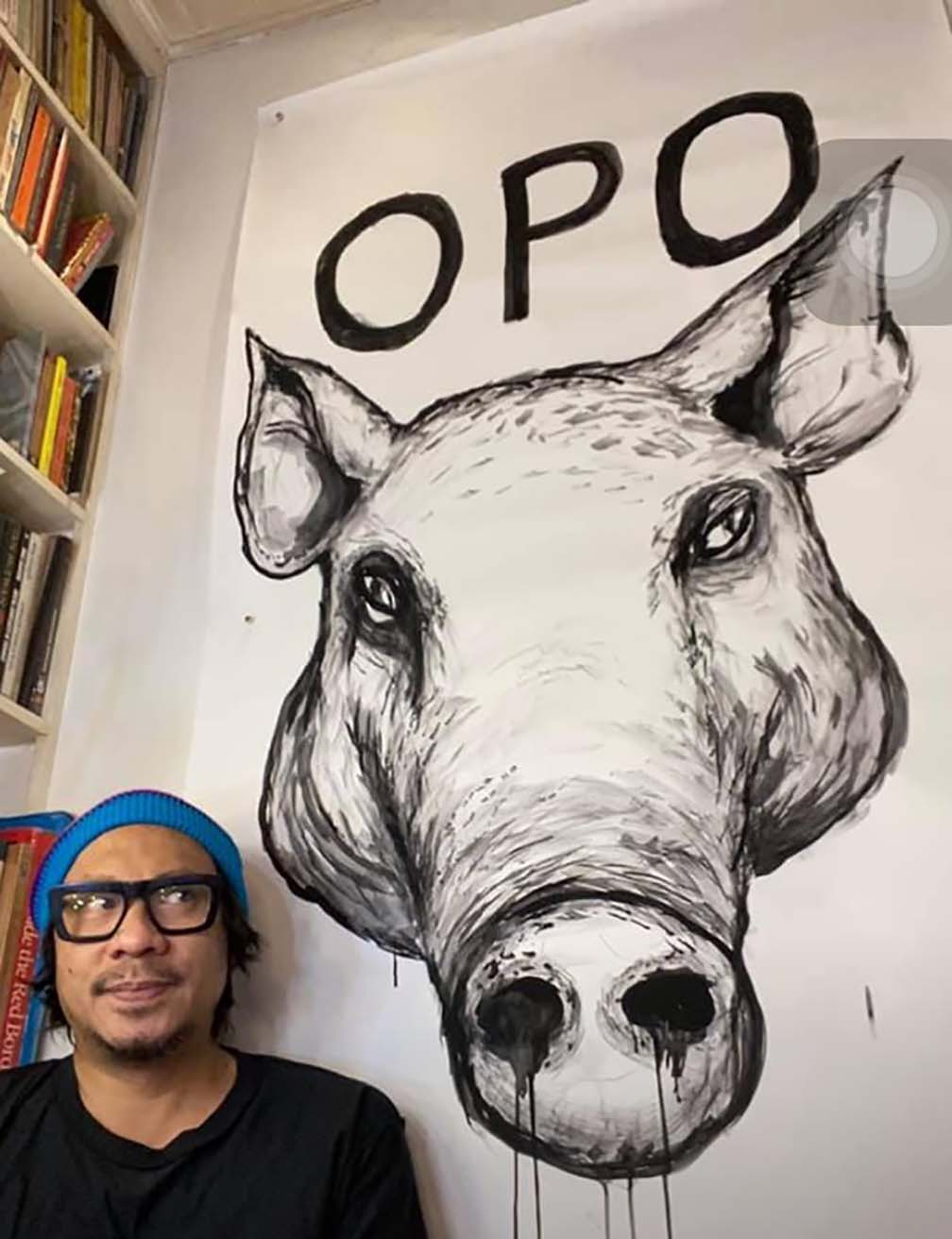 Lourd De Veyra
Lourd de Veyra has published four collections of poetry, six books of essays, and a novel. He currently works as a broadcast journalist for TV5, and on weekends plays noisy punk metal guitar for the band Kapitan Kulam.

nothing has changed only the forms of it

What Is Your Name?