Home Book Review All the Meanings of Blood
Book Review

All the Meanings of Blood 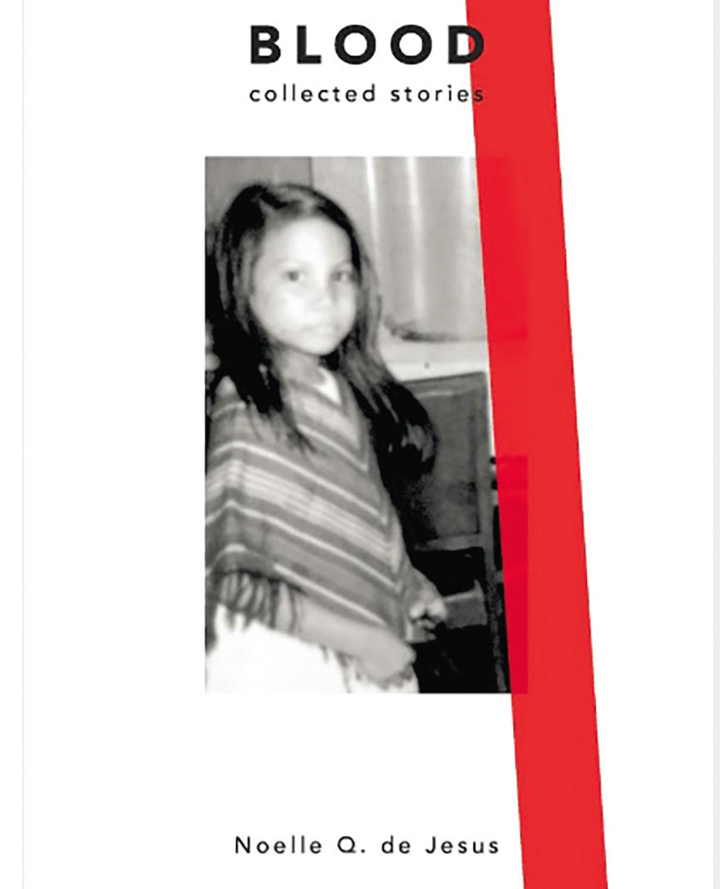 There are two types of stories in Blood Collected Stories, Noelle Q. de Jesus’ wrenching first collection of fiction: there are pieces of flash fiction that contain often startling revelations into fragile and familiar humanity, and there are short stories of regular length that become a dissection, thorough and bloody, of much of the same. Both are specifically interested in traversing the sexual battlefield, its scarred landscape often magnified by the alienation brought about by immigration—and to this end, the book truly deserves its title.

That told though, there is a sense that all of these stories collected together—there are 25 in all—may be a little bit too much blood to drink in. The despair, the sense of hopelessness, the desperation that settle the themes of much of these stories may signal too much emotional carnage for one book: it certainly was not an easy read for me, and plowing through the volume often entailed stopping once in a while to catch my breath, to come to terms with a terrible insight, to commiserate with the people within its pages who are brimming with so much delusions and pain. And yet this is not a book one can easily tear oneself away from; the appeal is almost masochistic, and reminds me much of Hanya Yanagihara’s A Little Life, a tome of similar persuasions and hold.

The flash fiction pieces are to be expected in De Jesus’s first collection. She is a pioneer of the form in the Philippines, and edited Fast Food Fiction, the first major anthology of flash fiction in the Philippines. Here, she shows her mastery of the form by wielding it like a slap: they are often cold, and exacting, and in this regard can rightfully be considered as domestic horror stories, usually depicting the brutal upending of female expectations.

Consider “Merienda,” the second story in the collection, which allows us the initial space to understand how most of the stories in the book handle the prickly relationships between men and women, often involving infidelity. A chef dotes on a woman, a former model, and expresses his love for her by feeding her with an endless stream of delicious morsels of his own making—until he commits a betrayal she has no way of fathoming. In “Déjà Vu,” a former mistress, now happily married, mulls the prospect of her old (secret) lover coming back to town with his wife in tow. When she makes some attempt at flirtation over dinner, she gets a startling wake-up call. In “Games,” another woman likes playing “games” with her married lover, calling his office several times a day using the silliest of made-up names. One call she makes, however, eventually underscores the bitter seriousness of her dalliance. But perhaps the template for these domestic bloodletting can actually be found in its purest form in “A Happy Marriage,” a very quick read that lays bare the irony of marital union and the inescapable fact that in all manners of relationships, people lie to each other.

Occasionally, there are the happy flash fiction pieces, like “The Dress,” which is about a woman on the brink of cheating on her husband, but who suddenly finds a compelling reason not to push through with that temptation. But the story does come off like a parable—reminding us once and for all that in the universe of men and women in De Jesus’s stories, falling into temptation, and being subsequently undone by it, is the unfortunate norm.

It is not always about marital lies though. Sometimes the lies can spring from the twin despairs of immigrant woes and economic difficulties, as with the Filipina caregiver in America suffering from loneliness in “Passport,” eyeing her employer’s titular document with nefarious intentions. Here, the lies are the outpourings of a carefully-wrought revenge by one whose sorry lot in life is insignificant to those who are more privileged. In the story, our angry narrator gives a direct confession: “So I lied to you. I looked you in the eye, and told you nothing had come… There is an ocean of difference between you and me; we each live on separate planes that orbit the sun. But you are a mother. You do everything for your children. Me, I left them. I send all my money back. We do what we need to do. I took it.”

That theme of immigrant pain running through the rest of the short stories in the book is the beating heart of De Jesus’s fictional world, albeit a brutalized one. When it crosses over to her theme of gender battles, it adds a deeper layer of consideration that becomes more complex, and more engaging. What to make of the Filipino grandmother in “A Small Consolation,” whose voice occupies the narrative of this story about her Americanized granddaughter and her American husband in New York, for example? Their small lives get upended one day when Therese, the granddaughter, rescues an abandoned black baby, which stirs her husband Ken once more to attempt to have a baby—and is ultimately dismayed by his wife’s refusal. The grandmother observes the unraveling in the marriage—but quietly roots for the American husband, and she cannot begin to understand why this must be so.

Cultural misunderstanding is a staple in immigrant stories, and we find that a lot in Blood. (Often it is concretized—such as the invading cold that shatters the self-possession of the Filipino characters in the winter wonderland of their final immigrant destination. Shivering from the “cold” gets a lot of mention in the book.) Katrina, the Filipino graduate student in “Cold,” simply cannot adapt to America, her abhorrence of winter becoming symbolic of the cultural gap she cannot transcend. In the very satisfying “Equivalents,” the Filipina wife of a foreign man struggles to close the cultural gap regarding sexual expression. In “Blood,” a young girl, half-American and half-Filipino, struggles with her new adolescent reality of having menstruation, then clashing with her superstitious mother who insists on following traditional beliefs about it. But De Jesus also provides us with counterparts to this narrative of misunderstanding: the mail-order bride in “Klein” thinks about the unhappiness she feels as lonely housewife to a German farmer, until a concert she goes to exquisitely reminds her she must reconsider her plight, and what it means to learn to love the people who are kind to us.

The book could have skipped some stories though. “Children’s Stories” and “Mirage,” with their tonal difference, specific trajectories, and special genres, do not seem to belong with the rest, and “Overcoming,” a strange story about a woman who wants sex but actively tries to shut down all signals to succumb to the urges, does not have the sophistication of the other stories, and reads like a work from an earlier dalliance in fiction-writing. But this is nitpicking.

To be sure, De Jesus has amply demonstrated that she knows the queasy details of Filipina lives, often those in the diaspora—their dreams, their delusions, their dalliances, their dead-ends. Her language is a distillation of the suffocating politics of female wants and female bodies. Blood Collected Stories is a bloody chronicle of the female emotional landscape, and for all its startling revelations, it deserves to be celebrated.

This author does not have any more posts.

The non-fiction genre in the Philippines has always been a point of contention for many critics because it has been literally dominated by “pop”...
Read more

SM Foundation provides a holistic approach in honing its scholars

SM Foundation (SMFI) follows a holistic approach in supporting its scholars under the SM Scholarship Program to ensure that they reach their...
Read more

In a collaborative bid to accelerate the Filipino smallholder farmers’ and the broader agriculture sector’s inclusion in the digital economy amidst the...
Read more

Three years after putting up a solar facility in its plant in Muntinlupa City, the RGC Group of Companies—the mother company of...
Read more
Analysis
Art & Culture
Billboard
Blog Box
Blogbox
Book of the Week