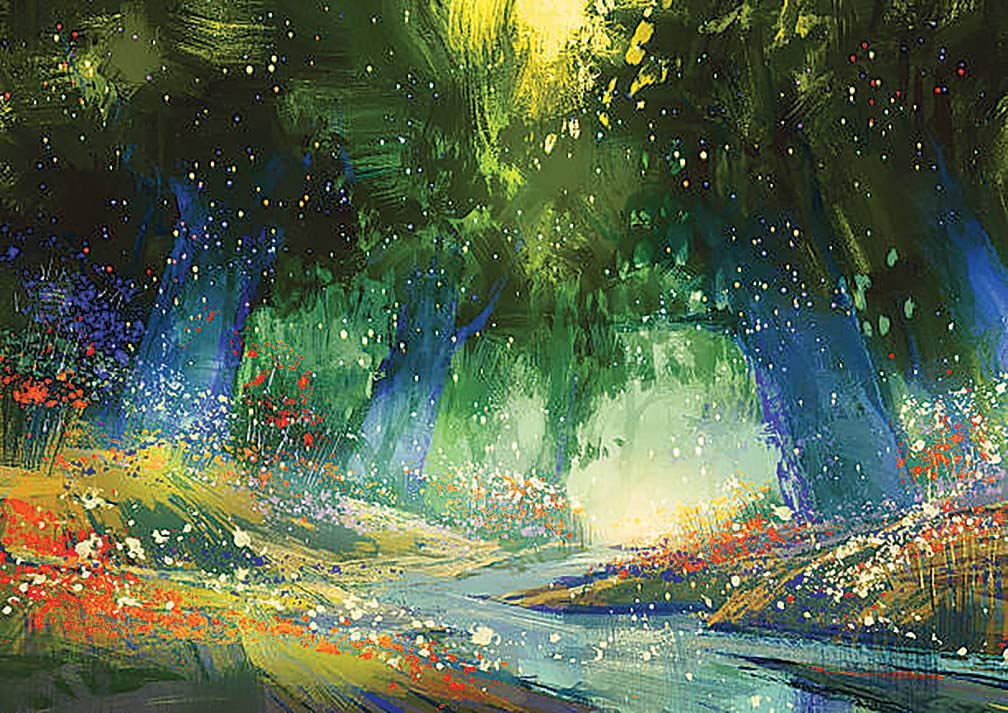 I lived in a big house with my widowed mother, a grandmother and an unmarried aunt. My mother, Sofia Villasin Peñaranda, was a schoolteacher. We would walk to school together. But after class, I would walk home with my classmates who would linger long in our backyard to play.

In my family, Sunday was a big day. We all looked forward to Sunday. It was market day. We all trooped to the wet market after hearing early morning mass in the town’s parish church. Being a fishing village, there was an abundance of fresh catch from the sea. In the market were freshly harvested vegetables from neighboring barrios and towns, freshly harvested corn, and of course, the staple food: rice.

Sunday was meat day. There was a bounty of fresh pork, beef, chicken, even carabao meat. I remember it was the only day in the week when we had meat on the table. The rest of the week, we had fish and sea food.

We had more than enough chicken in our backyard. My mother would barter gantas of rice for fresh beef or fresh pork.

Sunday was story time day. My cousins and I would all gather around Mama who would tell us stories. It was a different story every Sunday.

Time stopped when dusk fell especially after the tolling of the church bells. There was no electricity then and our house drew light from kerosene lamps called “kingke” or “petromax.” By seven in the evening, we had eaten our dinner and cleaned up the kitchen.

Of the stories my mother told us, our favorite was the “Prince of Tagurabong.” The story was so wonderful, it was adapted into a musical opera that became a hit the first time it was shown at the Foundation Day of the leading college of our hometown.

And yet, even before it became a mini opera, I was already in love with the story. I remember my mother telling me that the tale was first told to her by my grandmother.
“It is a lullaby,” my mother said. “I will sing you the story, the way it was sang to me by my mother, your Lola.”

Tagurabong is an enchanted kingdom in the wetlands where a variety of trees, herbs and animals abound.

In the kingdom of Tagurabong, there lived a Dowager Queen Procerfina with an only son, Lorenzo. They ruled over a marshland that thrived on fruits, fish from the ocean and from the marshes abundant with crabs, shellfish, shrimps, and varieties of fish that come to spawn in the shallow waters.

Farther down were fields planted to rice whose stems and leaves swayed gracefully in unison during a breezy day; and even farther, a vast ocean with its serene blue waters that glistened under the scorching heat of the sun.

They lived in a castle surrounded by trees and flowering plants. Their subjects, who lived in huts that perched on trees or stood on the ground, were a happy mix of people.

Procerfina’s only son, the handsome Lorenzo was full of energy. As the crown prince, he instilled discipline among his tribal people and was adored and loved by all. But, in spite of this, he seemed restless and often wandered beyond the kingdom’s territory.

Although the Queen was kind-hearted towards her subjects, they were puzzled why she had imposed a strict rule: Nobody goes beyond the kingdom’s boundaries. Violators were banished and allowed to return only after the Queen issued an order. Very few violators had been given a second chance.

One day, Lorenzo was hunting near the border where beyond it was the river Himanglos. Flanking the river was a town inhabited by humans who would wash clothes by the river.
That day, Lorenzo saw a young lady by the river singing in her melodious voice while washing clothes. She had the voice that was the envy of other young ladies
in her town.

Lorenzo heard the song that was so gentle to his ears. “I hope the maiden who is singing is as beautiful as her voice,” he told himself.

Since then, he would venture near the border daily, hoping to hear once more the haunting voice that attracted him.

He heard the pleasant tune again and again. He tried to find out where it came from.
One day, he chanced upon the beautiful, young lady. She was brown-skinned with flowing long hair and a lithe figure, emphasized by her wet clothes that clung to her body.

Lorenzo was immediately smitten with her beauty and her voice that he gambled on a decision to go beyond the borders of the kingdom to introduce himself to the maiden.

“Good day, my lady,” Lorenzo said, unsure whether he would get an answer from her. “I am Lorenzo and I would like to get to know you.”

Startled, the young lady looked at him and immediately bowed her head. “Is he one of those disgusting intruders?” she asked herself.

Her name was Serafina. She was the daughter of a farmer who tilled his farm from across the river. Her beauty captivated not only Lorenzo but other young men from neighboring villages. Many of them travelled to the town to make her acquaintance, or even get just a glimpse of her or hear the sound of her magical singing. There was another human, Fernando, who persistently sought to win her heart.Back in the kingdom of Tagurabong, the Dowager learned of Lorenzo’s adventure beyond the kingdom. She was disheartened that the Crown Prince disobeyed her. He must be banished just like others who broke the law, she decided.

Thus, Lorenzo lived among humans. He did his best to please Serafina and her family, learning how humans lived.

“I am certain Lorenzo would decide to go back to his kingdom any day,” Serafina’s father said. “You are not destined to be with him”

But Serafina was beginning to like Lorenzo and was happiest when Lorenzo would stay with her by the river during wash day.

Lorenzo worked hard for the family who took him in as one of their workers in the farm. He was not too familiar with the work but he sacrificed a lot so he could pursue Serafina.

Days turned into weeks, weeks into months, and months into years until one day, Lorenzo was ordered to return to the kingdom. Being the Crown Prince, he had to be trained for his future duties. Reluctantly, he obeyed and made peace with the Dowager.

When Lorenzo left, Fernando continued wooing Serafina. But he knew it was Lorenzo who had her heart.

Back in the kingdom, Lorenzo recounted stories about his life beyond the kingdom’s borders to his mother and tried to convince her to accept Serafina.

The Dowager, however, was not keen on Serafina becoming the royal consort. Still, Lorenzo kept hoping she would welcome Serafina to the kingdom one day.

The Dowager knew his son was resolute. This time, she finally relented and relinquished her duties as ruler of the kingdom in his favor.

With this decision, she hoped Lorenzo would forget about his pursuit of the human and be tied to his royal duties. He would definitely not abandon his royal subjects. He would have to work hard to keep the kingdom intact.

But every morning, on the pretext of visiting his subjects, he would go near the border hoping to see Serafina even from afar. Then he would go back to the palace disappointed each day.

The Queen saw the sadness in his son’s eyes but what could she do?

Unknown to Lorenzo, Serafina fell ill while he was away. She was pining for Lorenzo even as Fernando was always by her side, even as she considered Fernando as her truest friend, her heart belonged to Lorenzo.

Again, the prince spoke to his mother about his desire to be reunited with Serafina. He begged his mother to allow Serafina to live in the kingdom. But the Dowager was adamant. There was no room for humans in the kingdom.

With his burning desire to be reunited with Serafina, he made up his mind to leave the kingdom and reside in the world of humans. He would give up his crown and the privileges that go with it.

When he sneaked back to the town one day to tell her the good news, he learned that Serafina had passed on. Cradling her lifeless body, he vowed to bring her to the kingdom of Tagurabong, even in her current state.

Stories have since circulated that after uttering his vow, butterflies hovered over the lovers and they vanished. Many believed the lovers are now united in the kingdom of Tagurabong.

Even today, sitio Tagurabong in the town of Barugo, Leyte is still considered the abode of spirits. Whenever a vehicle crosses the Tagurabong bridge, it must honk to seek permission to cross the bridge to avoid disturbing them.

Legend says that those who fail to “warn” the spirits would fall ill or meet accidents like falling off the bridge.

Some years ago, a portion of Sitio Tagurabong was converted into a School of Fisheries by the local government. After several incidents of food poisoning, falling off a crane, snake bites, and even electrocution, workers became reluctant to continue building the school.
The engineers and foremen of the project, in their desire to have the school completed on time, held weekly rituals. They offered and burned sacred sticks to appease the spirits.

After much delay, the school was finally finished. It is rumored that there remain many unconfirmed accidents in the campus so students move around as quietly as possible. There is still an abundance of fish which makes the place an ideal site for the School of Fisheries.

Today, it is said that humans are slowly being accepted by the inhabitants of Sitio Tagurabong. Lorenzo’s sacrifice became a mission and a role fulfilled which benefitted both humans outside and inhabitants inside the mysterious and magical kingdom of Tagurabong. Neny A. Regino
Neny A. Regino is a public relations practitioner, with more than two decades’ experience in publicity generation and media liaison work for various top corporations, government departments and corporate foundations.