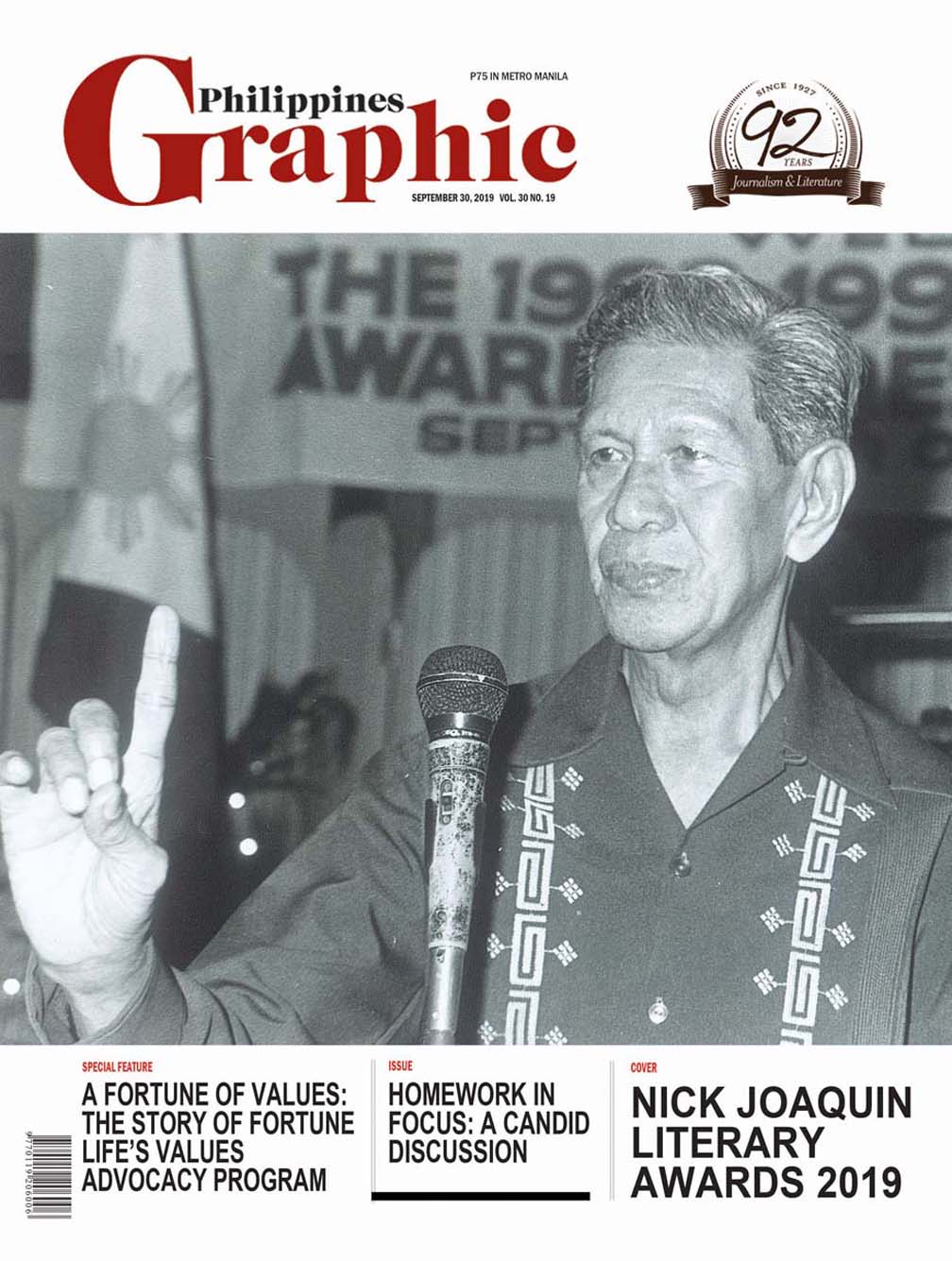 A prime exponent of Philippine literature, the Philippines Graphic has held the Nick Joaquin Literary Awards for 29 years. The NJLA annually awards the best short fiction and poetry published in its literary section. It is a testament to the enduring partnership between Graphic owner, the late Ambassador Antonio L. Cabangon Chua and the late National Artist and former Graphic editor-in-chief Nick Joaquin.

Last year, the NJLA expanded its reach and started the NJLA Asia-Pacific, a joint endeavor of the Philippines Graphic and its sister-publication, the BusinessMirror. The NJLA Asia-Pacific awards the best short stories and poetry written in English by writers from the Asia-Pacific region— Indonesia, Thailand, Singapore, Malaysia, Vietnam, Brunei, Cambodia, Myanmar (Burma), Laos, Taiwan, Hong Kong, Australia and New Zealand—whose works have been published in Tony & Nick, the monthly arts and culture section of the BusinessMirror.

This year would have been the 30th iteration of the NJLA and the 2nd year of the NJLA Asia-Pacific.  But, following the fate of other literary events and contests that have postponed or cancelled their awarding ceremonies this year, both contests have been indefinitely deferred because of the COVID-19 pandemic.

The publication of the poetry and fiction pieces for both contests shall likewise be suspended, since these published works are considered entered into the NJLA and the NJLA Asia-Pacific, respectively.

The Philippines Graphic on the wings of history