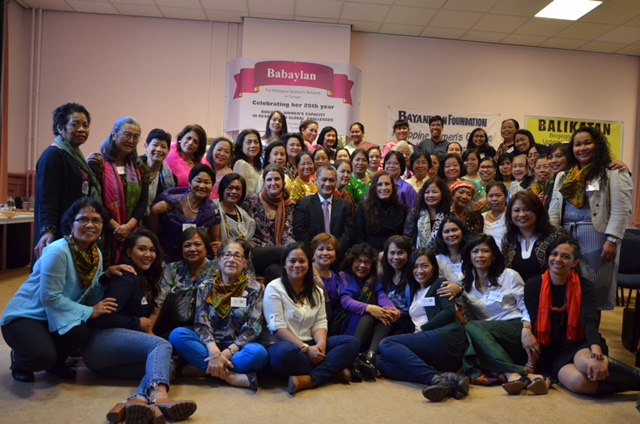 Founded in Barcelona, Spain in 1992, Babaylan derived its name from the women who acted as priests and who struggled and advocated for an egalitarian society during the 16th century.

It is this struggle, this historical tradition that Babaylan Europe is anchored on. The network currently has affiliates in 10 European countries.

She said the network provides a forum for Filipino migrants to exchange ideas in Europe, lobby for their interests, and educate themselves on issues such as feminism, gender and discrimination.

“Most Filipinas married to European nationals are forced to be legally and financially dependent on their husbands because their education is not recognized, their employment possibilities are in low-paying jobs, they have language difficulty, and their contribution as housewives is not recognized in the society,” she said.

Hardillo-Werning added that there are Filipinas who are victims of human trafficking, harassed, and exploited by pimps, bar owners, recruiters, and traffickers. These women, and not the traffickers, are the ones usually punished by lawmakers in Europe.

Babaylan believes that Filipinas have to link together to be able to have more power in fighting for their rights.

Susan Roces: 80 years of a life & memories of a movie icon